Funeral services for Philip G. VanBeek of Hollandale will be at 2 p.m. Tuesday at the Bonnerup Funeral Service chapel in Albert Lea. The Rev. Kent Otterman will officiate. Visitation will be one hour prior to the service. Military honors will be accorded by Albert Lea area veterans groups. Philip died Thursday, April 4, 2019, at Good Samaritan Society of Albert Lea. He was 84. 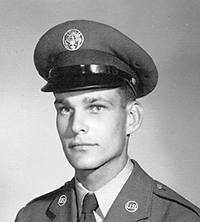 Philip was born Sept. 20, 1934, in Albert Lea, the son of Ira and Mable (Jansma) VanBeek. He graduated from Albert Lea High School and was united in marriage to Carol VanderHorst in 1957 in Hollandale. He served in the U.S. Air Force, stationed in Texas.

Philip was a lifelong resident of Freeborn County and had been employed in maintenance with District No. 241 public schools. In his free time he enjoyed riding his Gator, watching NASCAR, woodworking, camping and trips up north. He also collected tractors and calendars. 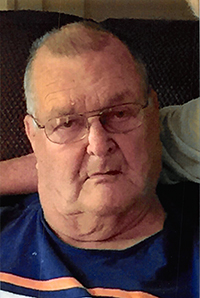 He was preceded in death by his parents, granddaughter, two brothers, one sister, one brother-in-law and one sister-in-law.

The family would like to thank the nurses at Good Samaritan and Hospice of Albert Lea for their wonderful care.