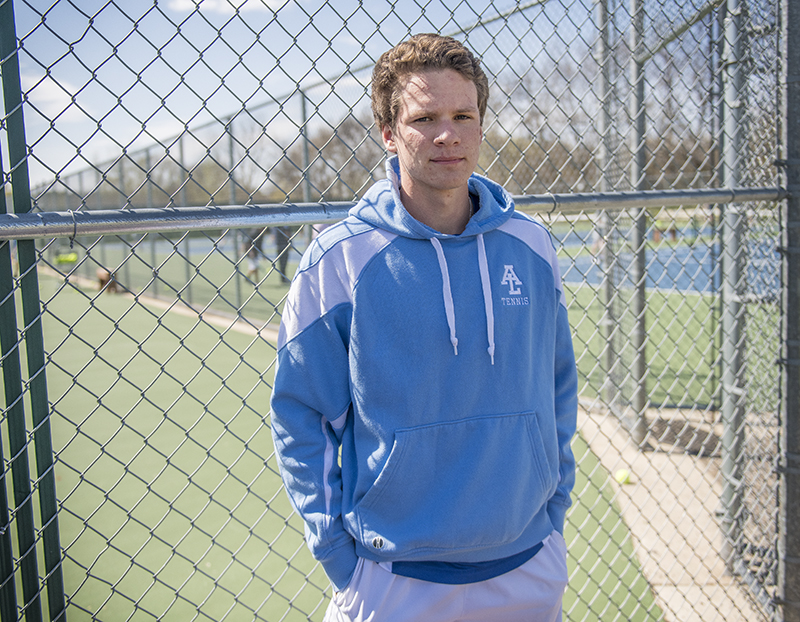 Albert Lea senior Grant Herfindahl is wrapping up his No. 1 singles career with the Tigers. - Colleen Harrison/Albert Lea Tribune

Tennis is a family tradition for the Herfindahls, and so is playing tennis well.

Grant Herfindahl is finishing up his senior year at Albert Lea High School. He plays No. 1 singles for the varsity boys’ tennis team, as did his older brothers Trevor and Taylor, as well as his father, Brian.

Why is tennis such a family sport for the Herfindahls? They all get together and play every Sunday for three to four hours. Grant Herfindahl started playing with the family when he was about 8 years old, he said. Now 18, the time spent has appeared to pay off.

“Grant is one of the best tennis players I have ever coached,” Albert Lea head boys’ tennis coach Neil Chalmers said.

“He is a positive leader who takes charge. He is helpful with teammates at all levels, sharing his insights and experiences,” Chalmers continued. “It is always great to see Grant take a teammate aside and work on things with them.” 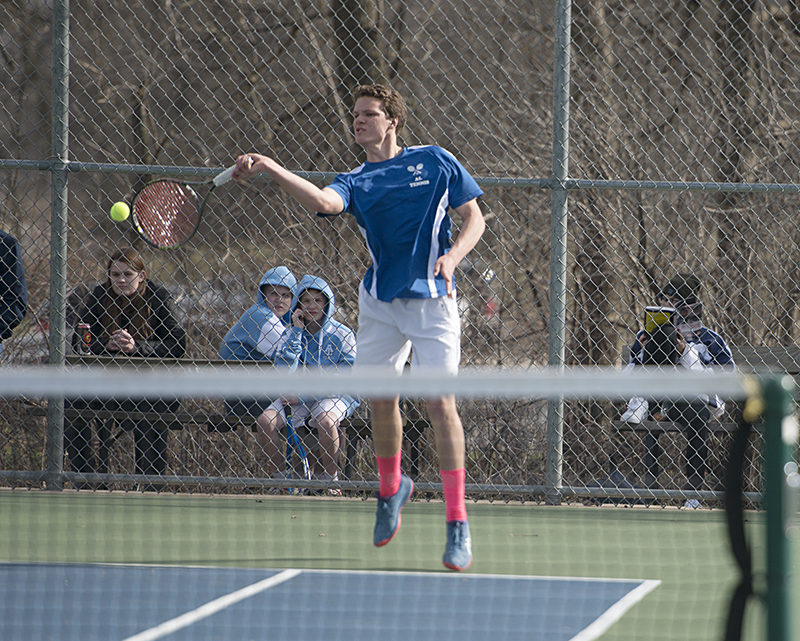 For Herfindahl, who also ran cross country for the Tigers, tennis is an easily accessible sport.

“Tennis is a sport anyone can play,” he said. “Old, young, regardless of abilities.”

The humility of the Big Nine All-Conference player doesn’t go unnoticed by Herfindahl’s coach, on or off the court.

“As great as his tennis has been for this program, Grant is an even better person and exactly the kind of person we want to build this program around,” Chalmers said. “His dedication and effort for being great at life improves his tennis.”

Following graduation in a few weeks, Herfindahl plans to attend University of Wisconsin-River Falls later this year. While the school doesn’t have a boys’ tennis team, he hopes to either join a club team or help manage the girls’ club team at the university.

As he wraps up his high school career, it’s the time spent playing with his family that stands out most to Herfindahl.

“The Herfindahl family has meant so much to Albert Lea boys’ tennis over the years, from Kim and Brian through each of the boys, Trevor and Taylor and now Grant,” Chalmers said. “Albert Lea tennis has been blessed by this family.”

Interesting fact: hopes to work with animals one day