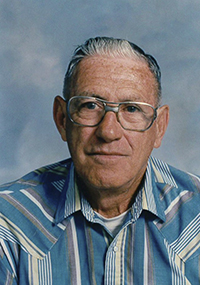 Robert E. Clift Sr. was born Nov. 16, 1930, to Vernon Luther and Fredonna Mae (Marks) Clift in Redwood, Kansas. Robert grew up and attended school in Redwood. After school, he started work on the railroads until joining the Navy in 1950. Robert was honorably discharged in 1953 after serving his country proudly.

In 1954, Robert married the love of his life, Janice Leathem, in Camden, New Jersey. They had five loving children: Patricia, Robert, David, Timothy and Michael. Robert and his family lived in many states through his lifetime, including Kansas, Missouri, Minnesota, Idaho and Oklahoma.

Robert drove a truck all around the United States. He worked and drove for Bray Lines until 1980, then he drove for Melton Trucking until 2000. After retiring, Robert started driving a school bus for Cushing Public Schools until 2016.

During their 65 years together, Robert and Janice enjoyed spending time together. He and Janice were part of a bowling league in Cushing for multiple years. In his free time, Robert loved spending time with his family, playing golf and playing cards. Robert also enjoyed cross-stitching and made gifts for his children, grandchildren and great-grandchildren. Robert also enjoyed watching and feeding birds of all kinds.

Robert is preceded in death by parents Vernon and Fredonna Clift and sister, Dorothea Douglas.

In lieu of flowers, donations can be made to Good Shepherd Hospice. Condolences may be sent to the family via an online guestbook at www.palmermarlerfh.com.