Starting them young on saving the planet 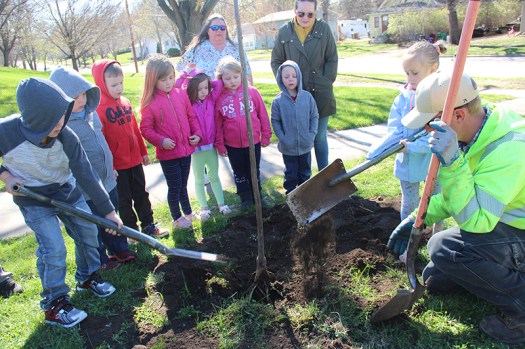 Four- and 5-year-olds from The Children's Center take turns putting dirt over the roots of a locust tree planted down the hill from the child care facility Friday in honor of Arbor Day. Albert Lea city arborist Ben Bangert said there were five different types of trees that different groups of children were going to plant. - Sarah Stultz/Albert Lea Tribune 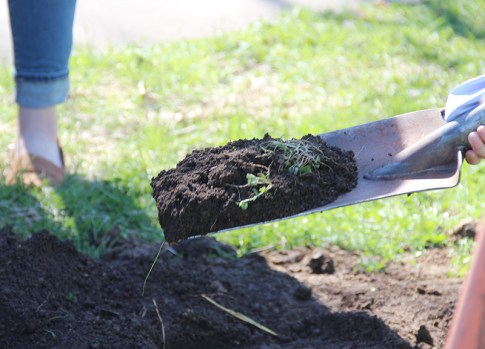 City workers pre-dug the holes where the trees would be planted before the children came outside to help put the trees in the soil. After the tree roots were covered, they were watered and mulch was placed around them. - Sarah Stultz/Albert Lea Tribune 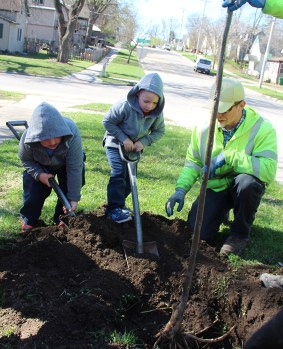 Andrew and Matthew Zoller scoop dirt Friday to put on top of a tree's roots near The Children's Center. City workers explained the process of planting a tree to the children before giving them a hands-on lesson. - Sarah Stultz/Albert Lea Tribune