Step up to clean up 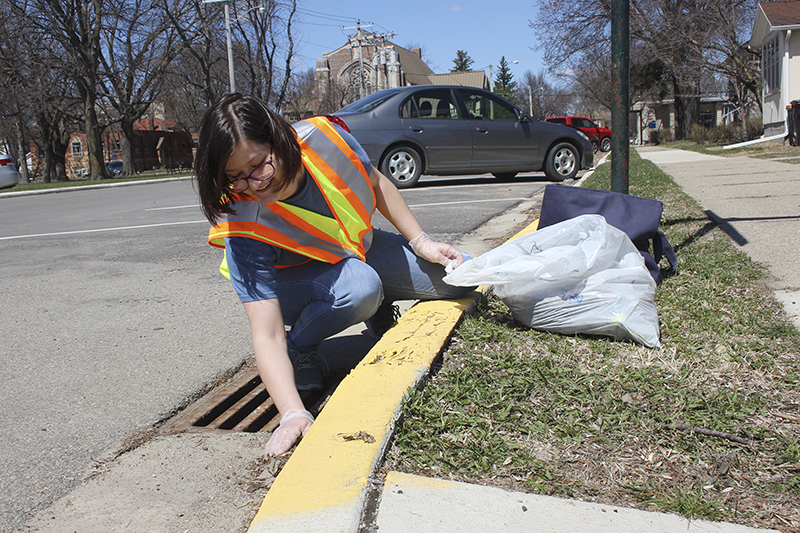 A Shell Rock River Watershed District program is asking city residents to spray paint for the health of area lakes.

Claire Rabine, a Minnesota GreenCorps member stationed at the Watershed District office and instigator of the stenciling program, has already begun, with a can of blue spray paint and a stencil that says, in all capital letters accompanied by a fish, “No dumping” and “Drains to lake.”

The stenciling is one of two recent projects adopted by the Watershed District. Rabine has also DIYed an Adopt-A-Drain program inspired by the Hamline University-based program of the same name.

“For the most part, it’s pretty low-maintenance,” Rabine said.

According to the map, there are 2,000 drains in the city. Each location is labeled with what body of water its contents drain to. Those who adopt a drain also get the chance to name the drain.

Residents should check on their drain frequently, and clean it out in the spring, fall, whenever they see buildup and before expected storms, Rabine said.

“In the spring, there’s a lot of extra junk that’s been accumulating all winter,” Rabine said.

Adopting a drain helps make sure no trash makes it into the city’s lakes — and in a city like this, Rabine said, all storm drains will eventually lead to the lakes. Adopt-A-Drain is a community effort to keep area water cleaner.

“If everyone just takes a few minutes out of their summer to clean out their drains, it’s that much less dirt that’s gonna make it to our lakes,” Rabine said. 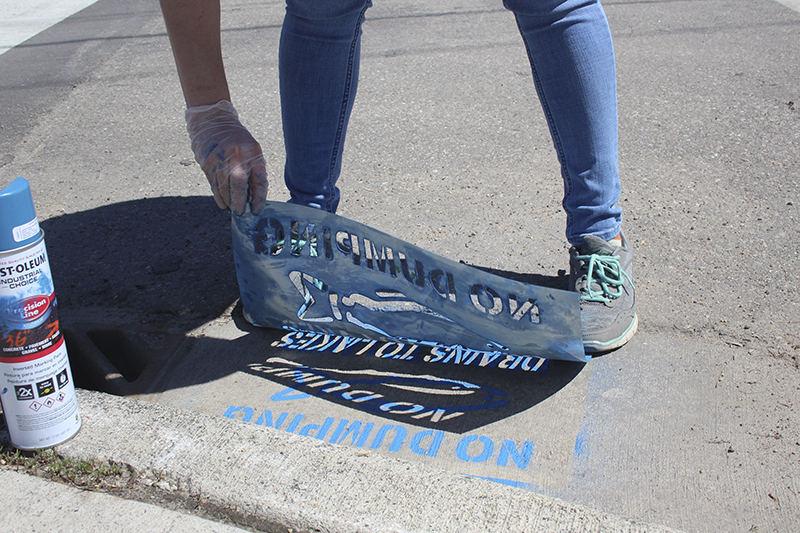 Claire Rabine removes the stencil from a newly painted curb next to a storm drain. The stencil is part of a kit city residents can check out from the Watershed District to spread awareness of where stormwater — and other things that wind up in city drains — ends up. – Sarah Kocher/Albert Lea Tribune

Cunningham called Borland a “cornerstone activist” for the community, and said it was imperative to honor his good will and good deeds.

“Impaired waters are part of our story,” Cunningham said.

Borland was there for that, too, she said; he attended lake cleanup day, not only to document, but to help.

The Lakes Foundation also has plans to use lake cleanup day to employ the stencil kit.

When caring for a drain, clean out bottles, leaves, cigarette butts and other trash from the drain. Never stick your hand or arm down into the drain to remove trash, Rabine said.

“The important thing for me is just getting people out there cleaning it,” she said.

Stenciling and Adopt-A-Drain are different projects: Residents can stencil without adopting a drain, and they can adopt without stenciling — though they can also do both, Rabine said.

Stencil kits include spray paint, high-visibility vests, stencils, rubber gloves, trash bags, brushes, clipboards with instructions and flyers for passing out to neighbors. Rabine suggests a group of four for a stenciling project, though it can be done in smaller numbers.

When she stencils, Rabine brushes off the area where her stencil will go, removing dirt and debris on the pavement next to the drain. She holds the stencil so it does not blow away or move — when it is just her, she uses her feet to do so — and sprays over the stencil. She avoids working near parked cars to prevent accidental paint jobs.

Rabine will also be at the lake cleanup Saturday, and those who wish to adopt a drain can sign up then. Supplies will be handed out to volunteers between 9 and 10:30 a.m. at Frank Hall Park.

Borland will be there, too, Cunningham said — in memory and spirit.

“Dan’s gotta be up there looking down … and thinking that his legacy continues,” Cunningham said of the drain programs. “And I would hope that, I would hope that the community turns out for lake cleanup day and we have a nice beautiful day … if Dan’s in charge.” 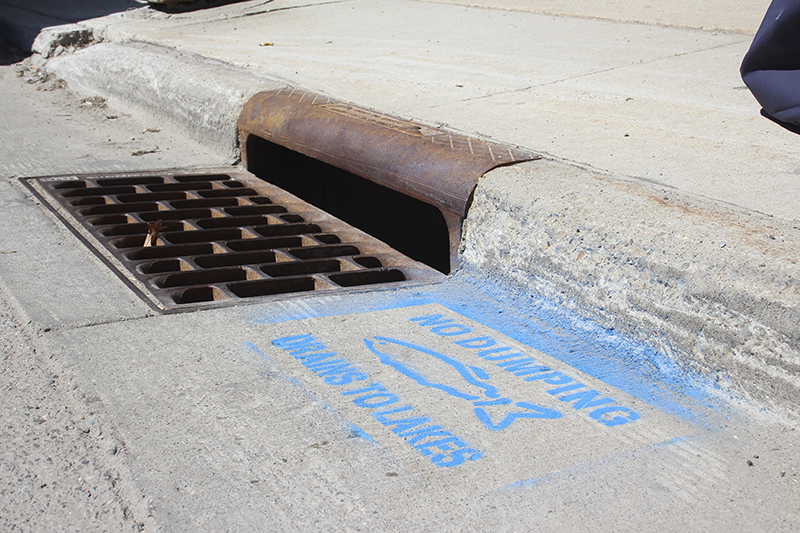 While many storm drains are already marked with a note that they lead to the lake, the stencils may make that message more prominent, Rabine said. The Shell Rock River Watershed District has a stenciling kit for community members to use to put the spray-painted message near drains around the city. – Sarah Kocher/Albert Lea Tribune