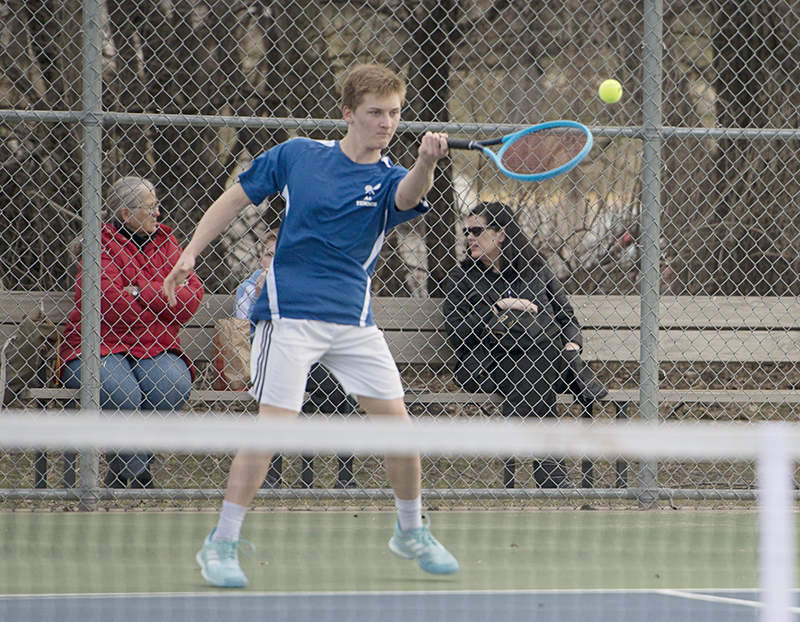 The Tigers came up just short of their first win of the season, falling to the Blue Jays by one match, 4-3.

Senior Grant Herfindahl filled the No. 1 singles spot for Albert Lea. He faced the challenge of Waseca’s Charlie Huttemier, falling in two sets 6-3, 6-2. Junior Sam Yoon picked up a win in the No. 2 singles slot by defeating Jay Lewer after dropping the first set 4-6, 6-4, 6-2.

In doubles action, senior Matt Edwards and junior Cole Indrelie lost in the closest match of the afternoon. After beating Jacob Butterfield and Jordane Kouba-Piebe in the first set, the duo dropped the final two sets by two games, falling 4-6, 6-4, 7-5.

Caleb Hanson and Shine Thu put the Tigers back on the winning track at the No. 2 doubles spot. The pair beat Ben Diedrich and Ritchie Diedrich in straight sets, 6-2, 6-3. Finally, in the No. 3 doubles match, Tim Chalmers and Joseph Yoon gave the Tigers their third win of the day, 6-1, 6-2 over Earl Hansen and Victor Feeley.

The Tigers fall to 0-2 on the season and will play again Monday, when they host the Cardinals of Fairmont.