Tigers fall to the Spartans 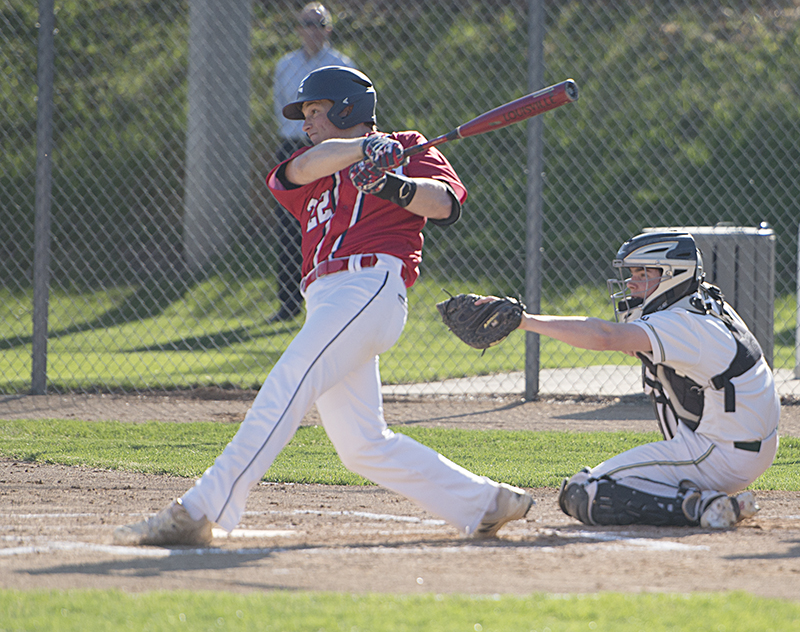 After giving up five quick runs in the first inning, the Tigers were unable to claw back into the game, falling to the Spartans 5-1.

The Tigers got off to a rough start defensively, allowing five runs in the top of the first inning. The Spartans scored the runs using four singles, a double, a walk and a hit by pitch. Seniors Parker Andersen and Brock Hammer both saw action on the mound in the inning, with Andersen getting the start. Hammer came in and recorded two strikeouts and a popout to end the inning.

Senior Carter Simon hit a two-out double in the bottom of the inning, but a groundout in the next at bat ended the inning.

Albert Lea found its footing defensively in the second inning, retiring the first three batters. However, the bats stayed quiet in the bottom of the inning as the Tigers failed to get any base runners aboard.

After another quick defensive inning, the Tigers threatened to score in the bottom of the third. Sophomore Blake Ulve was first to reach base with a walk. Andersen then hit him to second on a line drive. Another walk from Simon loaded the bases, but the Tigers failed to capitalize when a pop fly to right field left all of them stranded on the bases. 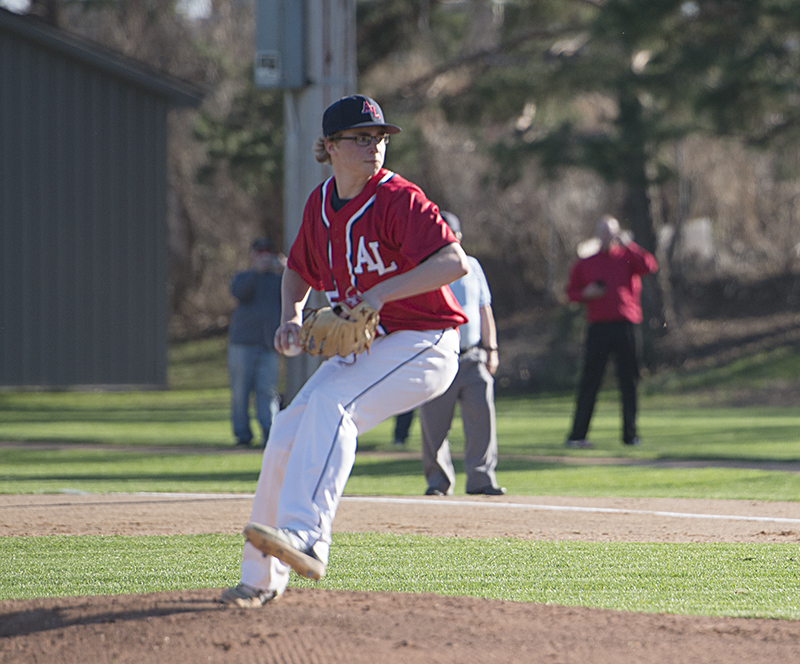 Albert Lea senior Brock Hammer throws in a pitch in the second inning of Tuesday night’s game with Rochester Mayo. Hammer entered in relief in the first inning and struck out eight batters through the rest of the game. – Tyler Julson/Albert Lea Tribune

An error-filled fourth inning saw the teams commit a combined three errors, but none of them resulted in any runs being scored.

Another scoreless inning in the fifth had the Tigers in desperate need of some hits to get themselves back in the game.

Albert Lea worked out of a jam in the top of the sixth with two Spartans in scoring position with just one out. Hammer got the second out with a strikeout, followed by a routine pop fly to right.

The Tigers got their first run of the game in the bottom of the sixth inning. Hammer walked and scored after senior Dalton Larson hit a shot up the middle. Hendrickson was tagged out in a pickle to end the inning with the Spartans still leading 5-1.

Albert Lea got the three outs it needed in the top of the seventh, but still needed at least four runs to extend the game. Andersen recorded a hit but was left at first base as the game ended on a ground out.

The Tigers fall to 3-3 on the season and will play the second of their three-game home stand Thursday, hosting the Falcons of Faribault.