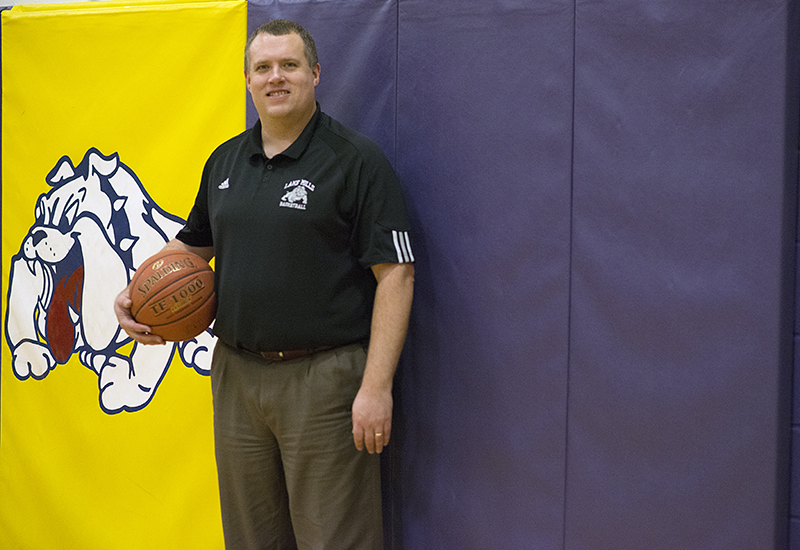 LAKE MILLS — After leading Lake Mills from a 9-14 record one year ago to a 16-6 record this season, the Albert Lea Tribune has selected Kyle Menke as the 2018-19 boys’ basketball Coach of the Year.

Menke said it was a successful season for the team and was quick to praise the players he coached for the turnaround season.

“It was an excellent season for our guys,” Menke said. “I really enjoyed coaching the kids. We were very young, but they were probably one of my most dedicated groups in the offseason and it was fun to see the success that they were able to have.”

The biggest driving force between the change in the seasons was the experience the players gained on the court last year, according to Menke. He said the drive of the athletes to come in over the offseason and work on their games was something like he had never experienced before.

“This was a group of kids that were willing to come in throughout June and July and put in a lot of time,” he said. “We were able to experience some success at our team camps and summer leagues, and that was able to carry over into a really good season.”

The team loses just two seniors from this year’s squad in Tommy Kaktis and Jace Johnson. While the two will be missed, much of the season’s production came from underclassmen. Juniors Colby Groe, Chett Helming and Garrett Hanna; sophomores Caleb Bacon and DaShawn Linnen; and freshman Bennett Berger all return to the team playing significant roles this season.

Helming, Bacon, Linnen, Berger and Groe combined for nearly 75% of the offense this season, which has Menke already looking forward and preparing for next year.

“With only two seniors in the program this year, our kids did a great job of making a significant jump from last season and now we’re hoping to make another jump next year,” Menke said. “Next year, we’ll certainly have higher expectations. We’ll have a lot of veteran players back, and hopefully the kids can continue that work ethic over the summer and we see that success continue as well.”

Menke said the players come in on a voluntary basis three times a week over the summer for strength and conditioning workouts followed by court workouts.

On top of offseason work, Menke said the Bulldogs need to continue to play unselfishly and improve on their three-point and free-throw percentage.

“Our program is known for having very unselfish kids,” he said. “I thought this year was another good example of that. We were one of the top assist teams in Iowa and that’s something we emphasize every year. We’ll need to improve on our three-point percentage and our free-throw percentage. We were actually pretty low in those categories. If we can improve there and build on our other strengths, we will be able to make another big jump.”