What will impending storm mean for Albert Lea area? 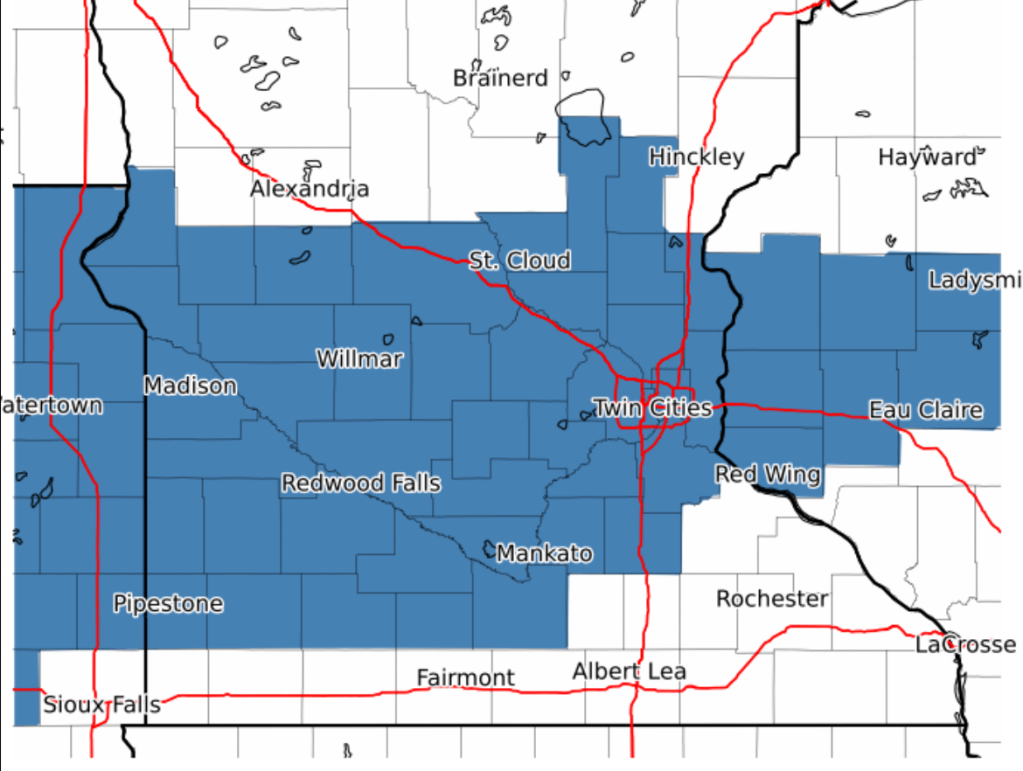 As of Tuesday evening, it was still somewhat unclear how much snow Albert Lea will receive compared to freezing rain and rain. Provided

The National Weather Service  is forecasting a winter storm later this week that could bring late-season freezing rain and snow to the area.

The storm is expected to bring a combination of rain, a wintry mix and heavy snow to southern Minnesota, central Minnesota and west-central Wisconsin — though there is still uncertainty about how the storm will affect southern Minnesota, including Albert Lea.

As of press time, the weather agency stated Albert Lea had a 43% chance of receiving 8 inches of snow or more.

The chance of precipitation is 80 percent, though that could come in the form of rain. Most areas are expected to see 1 to 2 inches of liquid precipitation, including rain and the melted equivalent of snow and ice.

Rain is expected to begin by Wednesday morning and transition to a mix of rain, snow and sleet. The Weather Service states a band of moderate to heavy snow will likely arrive Wednesday evening and continue through Thursday night. Snowfall will taper off and winds should subside Friday morning.

The Weather Service states snow could be heavy at times with 1 to 2 inches per hour.

It added that, together with expected wind gusts near 40 mph, the storm may lead to blizzard conditions, primarily in western and central Minnesota between interstates 94 and 90.