An Owatonna woman charged with stealing several thousand dollars over eight months from a woman she knew pleaded guilty Wednesday in Freeborn County District Court to one count of gross misdemeanor financial exploitation of a vulnerable adult. 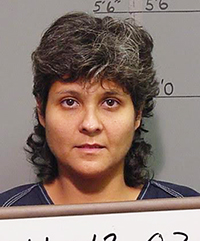 Dolores Tritle, 53, pleaded guilty to taking $7,330 from the woman, who reportedly lived at a local nursing home at the time and needed 24-hour care. Tritle was her power of attorney.

Freeborn County Attorney David Walker said Tritle had paid back about $5,012 prior to making the plea, and when she pleaded guilty she paid back an additional $2,000.

Court documents state Tritle was charged after a detective received a referral for investigation on a case involving potential financial exploitation of a vulnerable adult in June 2017.

Tritle is slated to be sentenced July 5. She will be required to pay back the remaining $318 in restitution as part of her sentence, Walker said.