Aaron Storvick, 56, of Waseca passed away unexpectedly Monday, April 29, 2019. A gathering of family and friends will be from 4 to 7 p.m. Friday at Starkson & Steffel Funeral & Cremation Service-McRaith Chapel of Waseca. Interment will be on a later date. 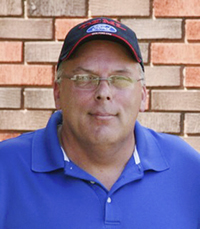 Aaron Jay Storvick was born May 16, 1962, in Albert Lea to Norman and Melisse (Ackerman) Stovick. He was a 1980 graduate from Albert Lea High School and continued his education at Mankato Vo-Tech, where he studied tool and die. Following his education he began working for Winegar Inc. in Waseca.

On Oct. 3, 1992, Aaron was united in marriage to Angie Schuller at Church of the Sacred Heart in Waseca. Together they had three daughters and were later divorced.

Aaron was a technological guru. He always had to have the latest and greatest in cellphones, computers, TVs and video games. Aaron was on the front end of internet access when it came to Waseca. His entire career was spent at Winegar Inc., where he wore many hats, from giving out price quotes to writing computer programs and IT passions for computers and motors extended to outdoor activities like boating, riding motorcycles, jet skiing and four-wheeling. Many summer weekends were spent at car and air shows, and his favorite days ended with a trip to Godfather’s Pizza and a cold Pepsi. Aaron cherished the time he spent with his family. He will be dearly missed.

He was preceded in death by his father; brother, Scott Storvick; and sister, Cindy Schwemmler.