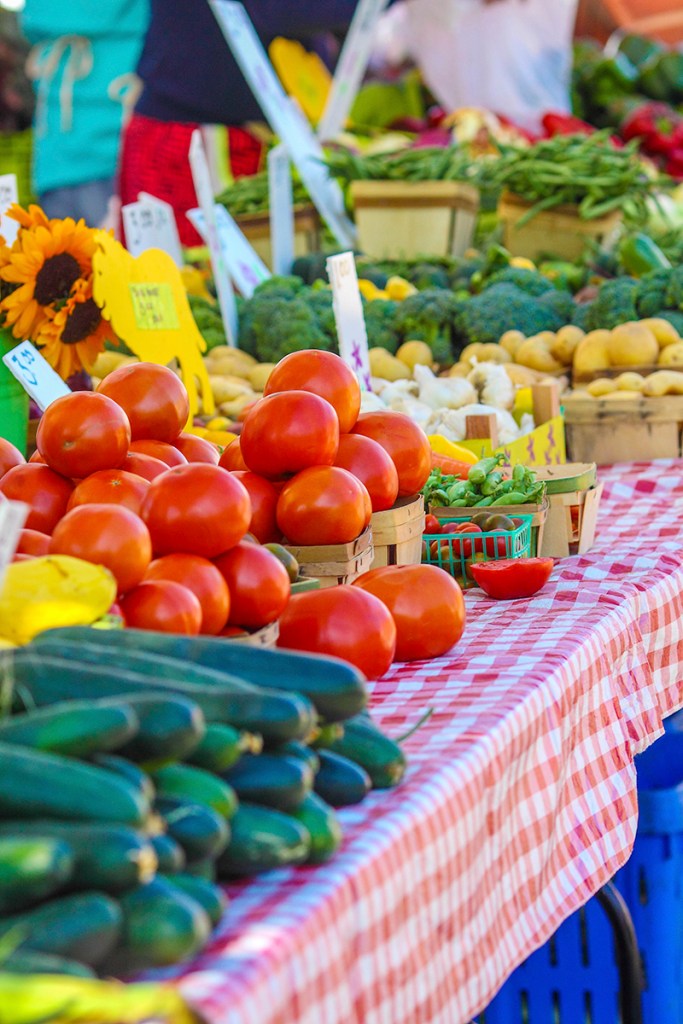 Though there has been a slow start to spring this year, the Albert Lea Farmers Market is slated to open Wednesday. - Provided

The Albert Lea Farmers Market is slated to open for the season Wednesday in the North Broadway parking lot.

Though the cold, late spring pushed back the planting of many early spring vegetables, people can expect to see rhubarb and probably asparagus in the first week, along with jams, jellies and baked goods, said Kathleen Bleckeberg, board member for the farmers market. There will also be bedding plants and vegetable plants for sale.

Bleckeberg estimated the area is three weeks to a month behind schedule. She noted she and her husband finished planting their onions, potatoes and leaf lettuce about a week and a half ago.

Despite the setback, she said people can expect between eight to 10 vendors at the market when it starts and between 15 and 20 at the height of the summer. She expected one new vendor, who will sell vegetables along with some crafts.

New this year, Bleckeberg said, the market will be back on North Broadway for both Wednesdays and Saturdays after spending a few years in the Northbridge Mall parking lot on Saturdays.

She said the farmers market board is excited the city is considering allowing three mobile food trucks to park on Washington Avenue near the splash pad and two more in the North Broadway lot, according to the city’s proposal. Having these trucks nearby will help bring additional traffic to the market, she said.

The market will also see a continuance of the Power of Produce program and Sprouts program, which encourage children to shop at the market and eat fruits and vegetables.

With the Power of Produce program, each time a child goes to the market, they get a $2 token to spend on any vegetable they choose in the market.

With the Sprouts program, children get a card with 10 sprouts pictured on them. Each time they come to the market they get one of the sprouts on their card marked off, and then once they fill up the card, they get a dollar gift certificate to spend on whatever they want at the market.

Bleckeberg said there will be a new EBT machine at the market this year, so people can expect to utilize EBT funds there again.

It runs through Oct. 30. There will not be a market on the Fourth of July.