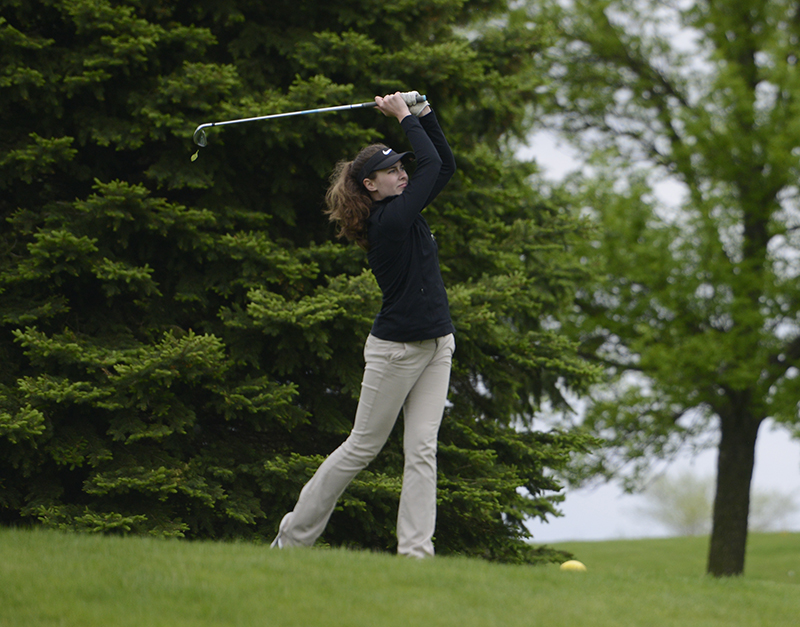 Alden-Conger junior Annika Riebe takes a swing at the Section 2A girls' tournament in Mankato Tuesday morning. Riebe shot a 99 and sits in fourth place overall though the first round. - Tyler Julson/Albert Lea Tribune

The Alden-Conger girls’ golf team competed in the first round of the Section 2A tournament Tuesday morning at North Links Golf Course in Mankato.

Returning state qualifier junior Annika Riebe is in a good position to earn another bid to the state meet and two teammates follow closely behind after the first round of the two-day tournament.

Carding a round of 99 (+27), Riebe sits in fourth place, just one stroke shy of third and six from second. Fellow junior Ahnika Johnson is the second Knight on the scoreboard, finishing the round in 14th place with a score of 111 (+39). 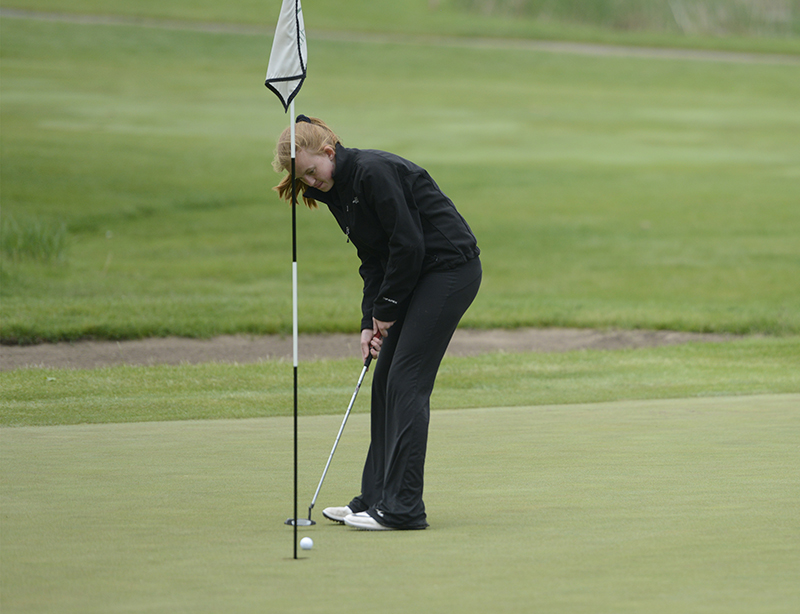 Alden-Conger senior Autumn Soost watches as her putt tracks to the hole Tuesday in Mankato. Soost shot a 114 in the first round, good to put her in a tie for 16th place. – Tyler Julson/Albert Lea Tribune

Had the Knights not finished the round in fourth place, Riebe and Johnson would have been the only competitors from Alden-Conger to move on to the next day. However, with the fourth-place finish, the entire team earns a spot on the card in day two.

Senior Autumn Soost shot a 114 (+42), just missing the cut in the individual game. Junior Mikenna Erickson and eighth grader Emma Kleinschrodt also played in the tournament with rounds of 138 (+66) and 139 (+67), respectively.

The entire Knights team will continue its postseason journey Monday in the final round of the tournament, where the top two teams and top five individuals will earn a trip to the Class A state tournament.