Minnesota winters are absolutely dreadful.  So, this winter, rather than watch the “Shawshank Redemption” for the 137th time (So that’s what that poster was for!), I wanted to find a way to get to work that did not require more miles to be accrued on my ultra-cool and tragically expensive 2008 vehicle with 250,000 miles on it (And why I haven’t been asked to show it during Eddie Cochran weekend is an injustice to be discussed in a future column). 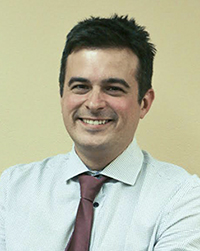 After 300 days of winter, I wanted to be outside more. Albert Lea is just too pretty, and we spend all winter cooped up. So, I could start biking more. I’d even bike the short 1.5 miles to work.

As it turns out, that failed too. Minnesota summers are as humid as the winters are wet. In addition to becoming known as the guy who biked to work, I was also recognized as the sweaty guy you didn’t want to sit next to during the meeting.

But an electric bike? Aha!

Six weeks ago, I began using an electric bike in place of my car. And I’m enjoying it so much that I don’t envision taking out the car again until the leaves change. Here’s why:

1. It’s fun. The air is fresh, birds are singing and you’re part of it. After 14 lovely days, I’m convinced that Albert Lea is best experienced on two wheels.

2. It has kept me in shape. My diet and exercise have been the same, so I’m attributing the 2.5-pound decrease to the fact that of the 170 (!) miles I’ve put on the bike so far, I’ve pedaled a few of them.

Aside: an electric bike has a motor. You can flip it on if you need to get somewhere quickly or don’t want to sweat. You can keep it off during a leisurely ride around the lake after work.

3. I’ve saved money. One hundred seventy miles is about nine gallons of gas and also less wear and tear on my aging car, less need for an oil change too. Nevermind the fact that with a car with 250,000 miles on it, I see my mechanic more frequently than I see my parents. There are nifty calendars online in which you can determine the benefits of biking. By the end of summer, I will have saved $57.77.

4. It helps the environment. The same calculator projects that by the time frost forms, I will have emitted 217.43 pounds less carbon dioxide. This helps keep our air clean!

And if I throw on my assistant city manager cap:

1. Biking eliminates the need for a parking space. There are more than 15 parking lots within our downtown, an inefficient use of a space in what is arguably our most valuable real estate. Less cars could mean more opportunities for development.

2. According to a study performed last summer, Albert Lea has too much asphalt — think of all those parking lots! That means it’s hotter than it should be. The less need for those, the green space we can create, the more places where water can soak into the ground, the better we will be. That can help with the issues we have with flooding.

I encourage you to park your car next to your snow blower, in the garage all summer, and think about an (electric) bike. That way, I’m not known as the only guy on a bike (or the guy who really wants the pool to open).