Lions hold court on the Tigers 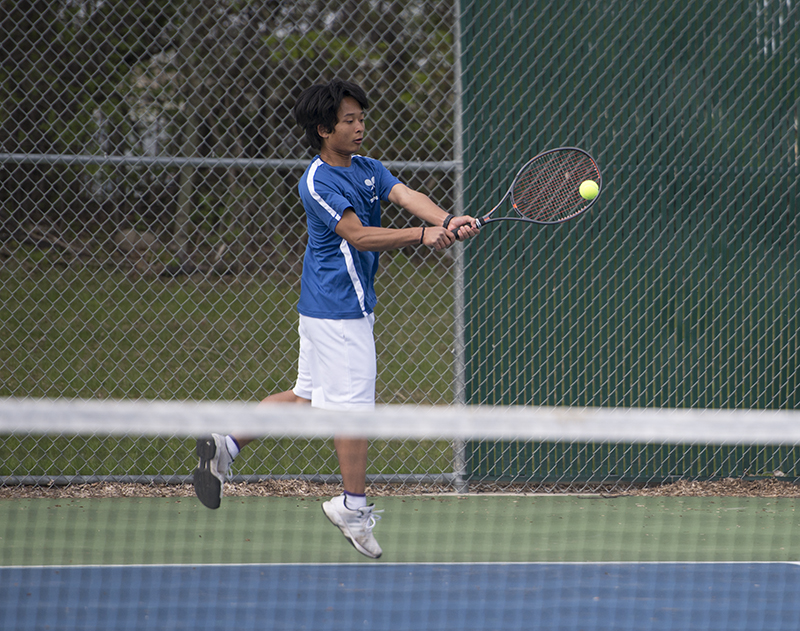 Despite going into three sets in two matches, the Tigers were unable to find their footing against the Lions — dropping all seven matches 7-0.

Senior Grant Herfindahl, Albert Lea’s No. 1 singles player, was the first to go into a third set. After losing his first set 6-2, Herfindahl stormed back to dominate the second 6-1. However, he came up shot in the third and determining set, 6-2. 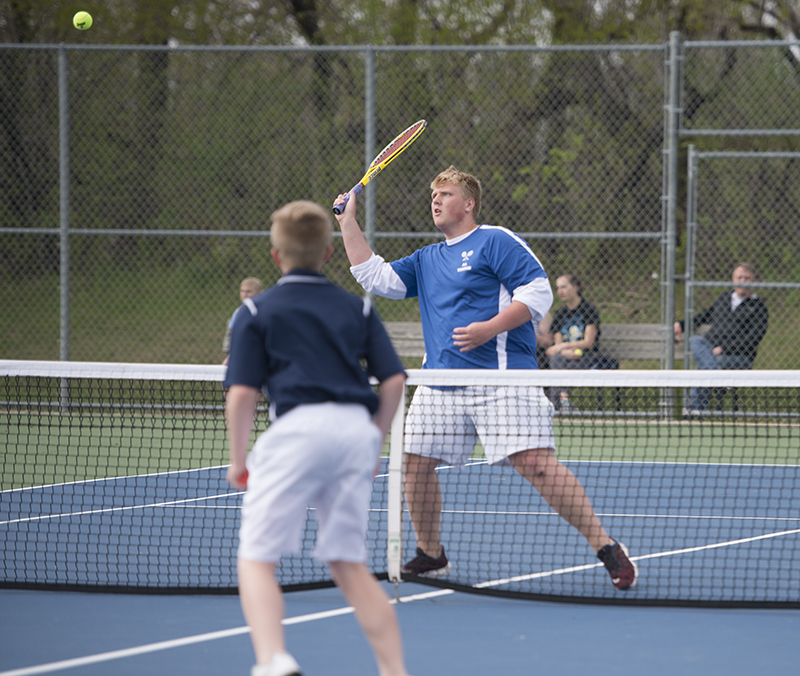 Senior Louis Wagner hits a ball at the front of the net Monday against Schaeffer Academy. Wagner, along with his partner, Tim Chalmers, lost the match 6-4, 6-1. – Tyler Julson/Albert Lea Tribune

Junior Sam Yoon played two close sets at the No. 2 singles spot, but narrowly lost both sets 6-4, 7-5. Freshman Shine Thu and junior Connor Veldman also lost their matches at No. 3 and No. 4 singles, respectively. Thu fell in straight sets, 6-3, 7-5, while Veldman battled into a third set, but ultimately came out on the losing end.

In doubles action, senior Matt Edwards and junior Cole Indrelie ran into some tough competition in the No. 1 spot picking up one game win in their match, 6-1, 6-0. Senior Tim Kruen and sophomore Caleb Hanson faired slightly better in their match at No. 2 doubles, but were still defeated in two sets, 6-2, 6-2.

Senior Louis Wagner and eighth grader Tim Chalmers had the closest doubles set of the afternoon, losing 6-4 in their first set. The duo went on to lose their next set 6-1, sureing up the final result.

The Tigers fall to 5-7 on the season and will be back on the court Tuesday, when they host the Packers of Austin before the Big Nine Conference meet Saturday in Rochester.