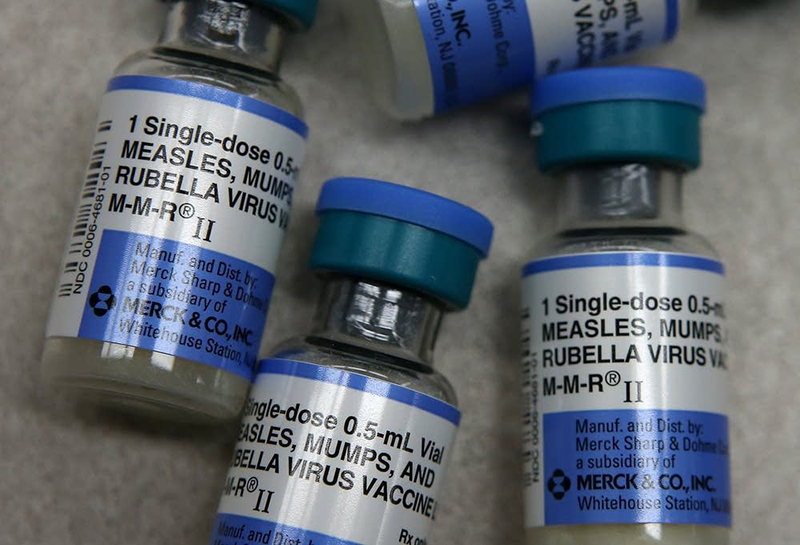 In this photo illustration, vials of the measles, mumps and rubella vaccine are displayed on a counter at a Walgreens. - Justin Sullivan/Getty Images via MPR News

With a rising number of measles cases reported in the U.S., a top health department official says Minnesota is lucky to have avoided the outbreak so far.

Since the start of the year, there have been 700 cases reported in 23 states, the highest number in 25 years.

But Minnesota is still at risk for an outbreak said Kris Ehresmann, director of the Minnesota Department of Health’s infectious disease division.

“I do think that it is entirely likely that we could in the future,” she said. “We know that we do have pockets of under-vaccinated individuals which puts us at risk.”

Those high risk pockets include members of Minnesota’s Russian Orthodox communities and the Somali-American community, which was the locus of a measles outbreak in 2017.

Vaccination rates improved in the Somali community after that outbreak, but the increase has not been sustained, said Ehresmann.

But some adults who thought they were protected against measles may be at risk, according to Ehresmann.

Those born before 1957 are likely to have immunity because measles was circulating widely then. But adults born after 1957 should check their immunization records to see if they got the vaccine — and when in doubt, they can get another one from their doctor.

“The groups that we really want to make sure are getting vaccinated in the adult population are students, international travelers and health care workers,” she said.