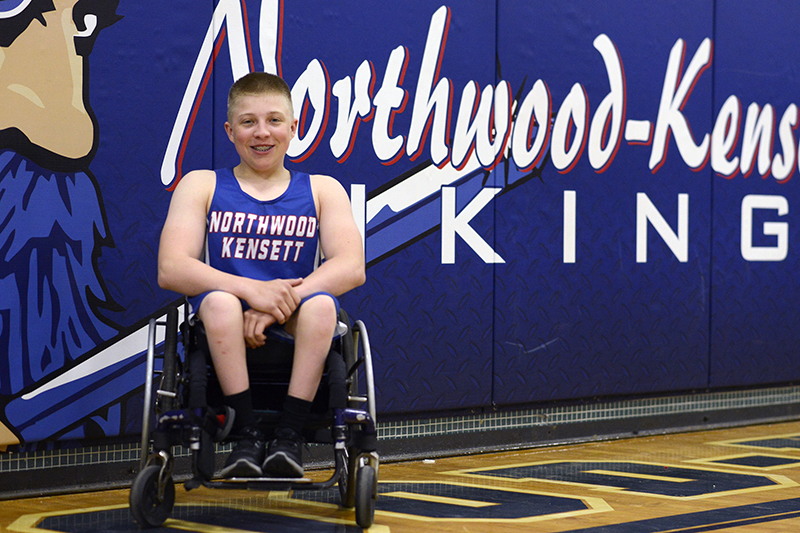 NORTHWOOD — Northwood-Kensett freshman Wyatt Willand is making a name for himself on the track in just his freshman year, qualifying for the state track and field meet in four events.

Willand said it is an honor to go down to the Blue Oval at Drake University and be one of the many athletes to represent the Vikings at the state meet.

“I’m glad that I get this opportunity to go and compete against some great athletes,” Willand said. “To show all the hard work and everything it takes to reach your goals.”

Growing up in Northwood, Willand developed a passion for sports at a young age. On top of competing for the high school varsity track team, Willand also competes in wheelchair track and field, wheelchair softball, sledge hockey and trap shooting.

The sledge hockey team he plays for is based out of Coon Rapids, but travels all throughout the country for tournaments. His wheelchair softball team is based out of St. Louis Park and will travel to Houston, Texas, for nationals this year.

Of all the sports he participates in, Willand said sledge hockey is his favorite to compete in. He talked about why he likes playing hockey the most and what it is about sports that keeps him coming back.

“I like being able to play with my teammates and being in that competitive atmosphere,” Willand said. “Hockey is my favorite because it was the first one I started playing. It’s just super competitive and there’s checking.”

Willand said his favorite professional player is Brody Roybal, a sledge hockey player on the national paralympic team. Willand said he has met Roybal a few times, and he always has a professional attitude and is a good guy to be around.

While being in a wheelchair might be seen by some as a disadvantage, Willand said he sees his situation the same as many other athletes see theirs.

Outside of playing sports, Willand said sports are still a big part of his life. He said he likes to watch hockey, sled hockey and football in his free time. He also enjoys going fishing and reading.