The Bulldogs outrun the Wolverines 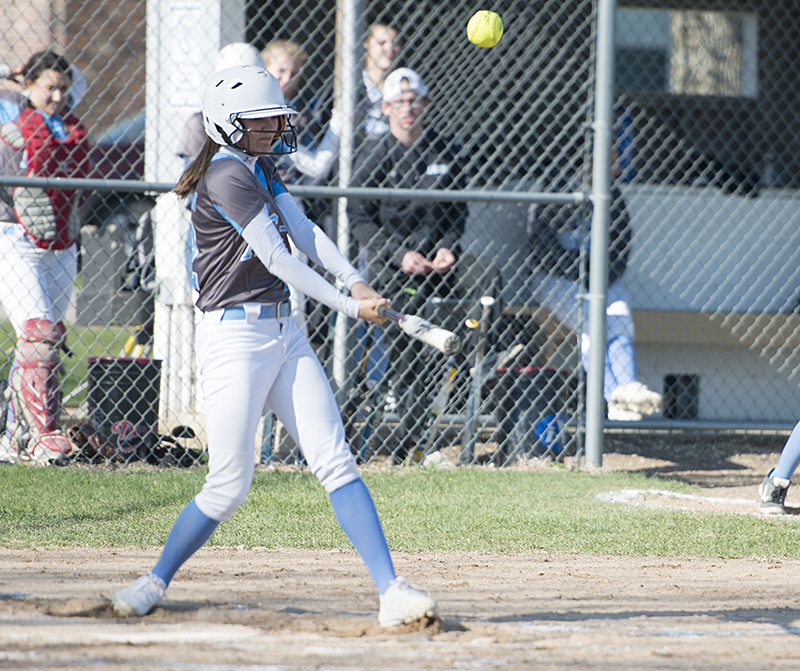 GLENVILLE — The Alden-Conger/Glenville-Emmons softball program faced the tough task of going up against GMLOK Friday night at home.

Despite putting up a good fight through the first two innings, the Wolverines couldn’t keep up with the Bulldogs, falling 10-0 after five innings.

After a triple by GMLOK followed by a throwing error scoring the run, it seemed like Alden-Conger/Glenville-Emmons was in for a long inning. However, three strikeouts by sophomore Kaetlin Bendickson ended the inning with minimal damage and GMLOK up 1-0.

The Wolverines struggled from the plate throughout the game. In the first inning, the first three batters were retired; two by strikeout and one by groundout.

Alden-Conger/Glenville-Emmons again avoided trouble in the second inning after GMLOK loaded the bases with one only one out. A fielder’s choice to home and to third ended the inning without any runs coming across. Alden-Conger/Glenville-Emmons’s woes at the plate continued in the second inning, as the first three batters were again sent back to the dugout.

The third inning is where the Bulldogs opened up their lead to take control of the game. They used a double, three singles, three walks and three errors to their advantage and put up another six runs to make the score 8-0 heading to the bottom of the inning.

The Wolverines recorded their first base runners of the game in the third after freshman Mallory Ignaszewski hit a one-out single and junior Kennedy Severtson walked, but neither would come in to score. 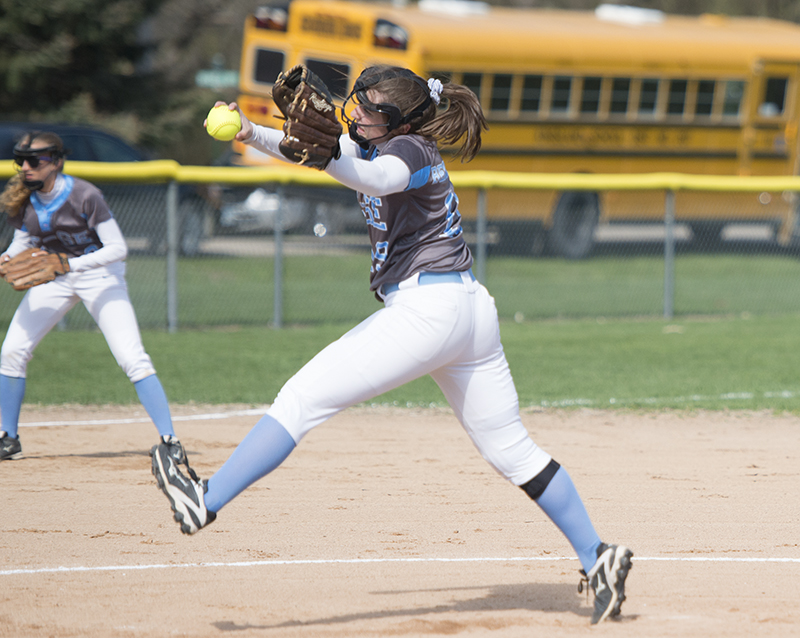 GMLOK added another two runs in the fourth thanks to two singles and three walks, extending the lead to 10 runs and putting Alden-Conger/Glenville-Emmons in desperation mode.

The Wolverines again put two runners aboard in the bottom of the inning with singles from seniors Erika Bute and Megan Linn. However, they were left stranded after a strikeout and pop fly ended the inning.

Alden-Conger/Glenville-Emmons played its best defensive inning in the fifth, sending back the first three GMLOK batters, but it then needed at least one run of its own to keep the game moving.

Severtson reached after a two-out walk and sophomore Kylie Korman reached on an error. It looked as though the Wolverines would get their one run when Bute hit a drive to right field. However, the Bulldogs outfielder made an extending catch to put the game away. 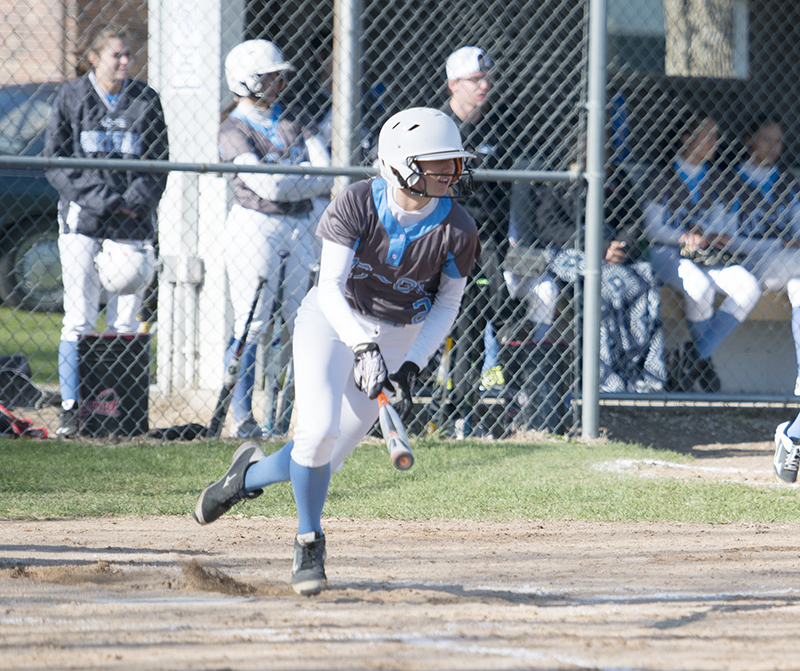 Senior Erike Bute runs out a base hit Friday at home. Bute was 1-3 at the plate in the Wolverines 10-0 loss to the Bulldogs. – Tyler Julson/Albert Lea Tribune