The return of the Lakers 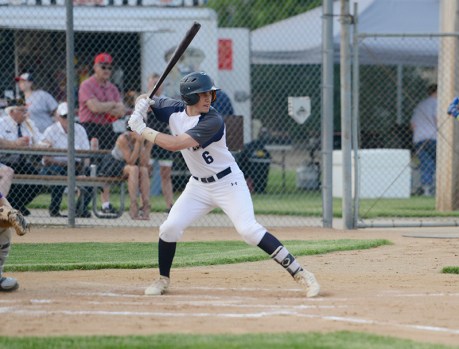 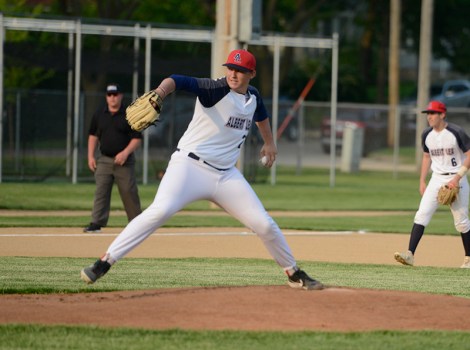 Jordan Kyle started the game on the mound for the Lakers. Kyle gave up five runs through three innings of work in the 8-1 loss to the Bandits. - Tyler Julson/Albert Lea Tribune 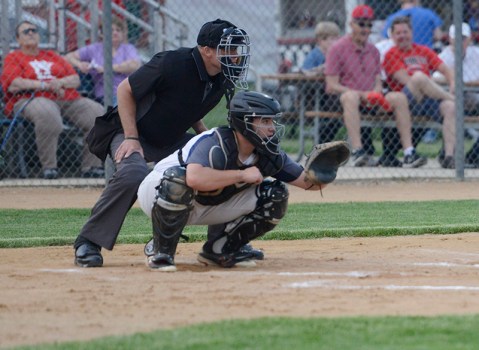 Catcher Jackson Kea awaits a pitch in the third inning of the Lakers' opening game of the season. - Tyler Julson/Albert Lea Tribune 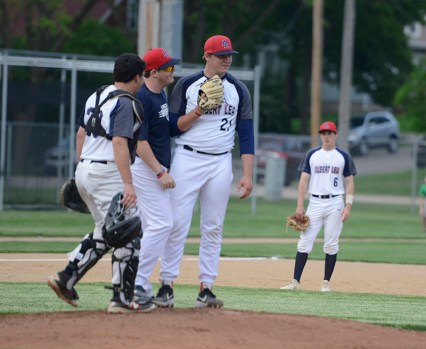 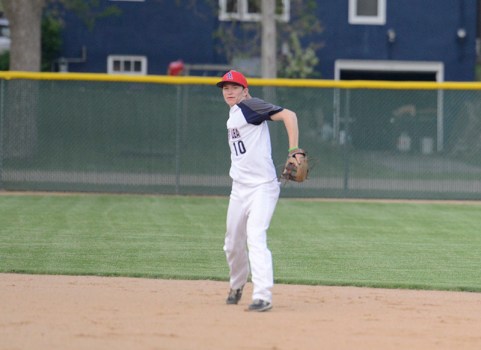 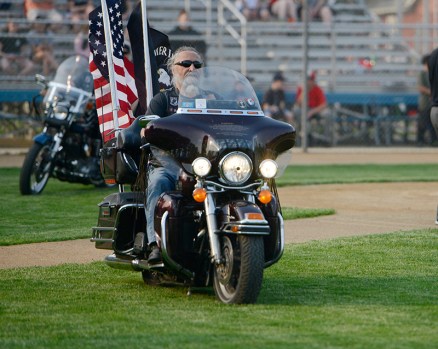 Friday night marked the long-anticipated return of the Albert Lea Lakers, as they hosted the Bancroft Bandits at Hayek Field.

A few early-inning mistakes cost the Lakers multiple runs, and they were unable to make up for them in the later innings, falling to the Bandits 8-1.

Both teams started the game with tremendous pitching and defense, only allowing one runner each — both on walks.

The Bandits opened the second inning with a one-out double, and brought the runner in after a stolen base and a wild pitch. The Lakers buckled down the rest of the inning, recording a popout and a nice play at home plate.

Albert Lea used walks by Thomas Krause and Codey Erickson and a single by Jackson Kea to load the bases in the bottom of the second inning, however, they were all left stranded to end the inning scoreless.

It looked as if the Lakers would end the top of the third with ease after two quick outs. However, three walks, a single and an error scored two more runs, and two more wild pitches made it 5-0 before the inning ended.

Again the Lakers loaded the bases in the third when Sam Warren was hit by a pitch, Krause hit a single and Kea was a walked. However, a strikeout left the runners stranded for the second straight inning.

Drew Marovich came in for relief to start the fourth inning and retired the first three batters. The Lakers got themselves on the board in the bottom of the inning when the Bandits’ catcher threw to second to try to catch a stealing runner. However, the throw was off and the runner on third base came in to score.

The Bandits extended the lead by one in the next half inning after another wild pitch. The Lakers continued their struggles at the plate in the fifth and sixth innings, striking out six times and walking one batter.

Bancroft added another run in the seventh to make it a six-run lead with just nine outs left for Albert Lea.

The Lakers threatened in the seventh, putting Austin Portner on third after reaching base on a hit by pitch. A lined shot by Kea nearly found the gap, but a lunging grab ended the inning without a score.

Bancroft added another run in the ninth and Albert Lea failed to make any sort of a comeback, dropping the game by seven runs.

The Lakers fall to 0-1 to start the season and will be back in action Saturday night when they travel to Bancroft in a rematch with the Bandits.