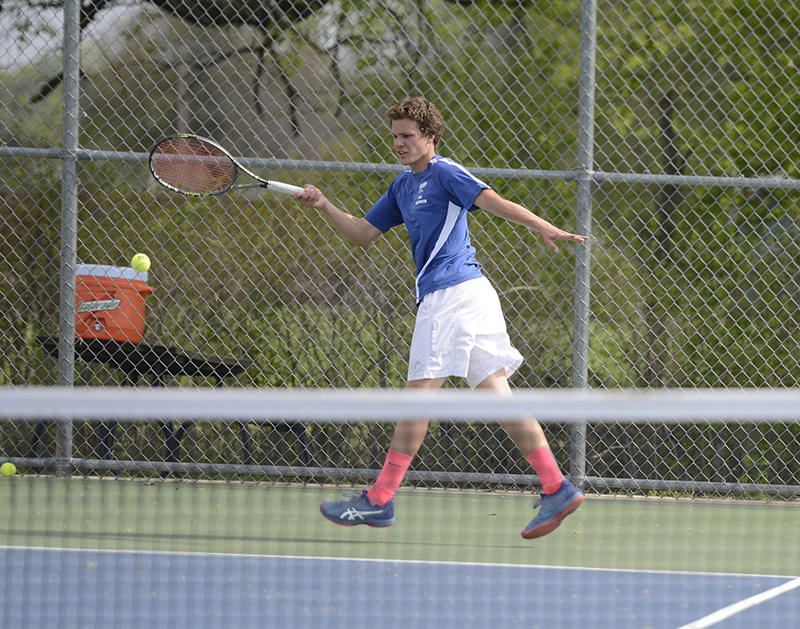 Albert Lea senior Grant Herfindahl returns a serve Tuesday night against his Winona opponent in the first round of the Section 1AA tournament. Herfindahl won his match 6-0, 6-0 in the Tigers’ 5-2 win over the Winhawks. - Tyler Julson/Albert Lea Tribune

The high school boys’ tennis postseason kicked off Tuesday night as Albert Lea hosted Winona in the first round of the Section 1AA tournament.

The Tigers stepped up to play some of their best tennis of the year, ending the Winhawks’ season 5-2.

First to finish his match was senior Grant Herfindahl at the No. 1 singles spot. Herfindahl didn’t let up a singles game against his opponent, winning in straight sets 6-0, 6-0.

Winona tied the meet back at one win each when Albert Lea eighth grader Tim Chalmers lost his match at No. 4 singles, 6-2, 6-0. Albert Lea would take the lead right back after junior Cole Indrelie and freshman Shine Thu dominated their No. 1 doubles match in straight sets, 6-3, 6-1. 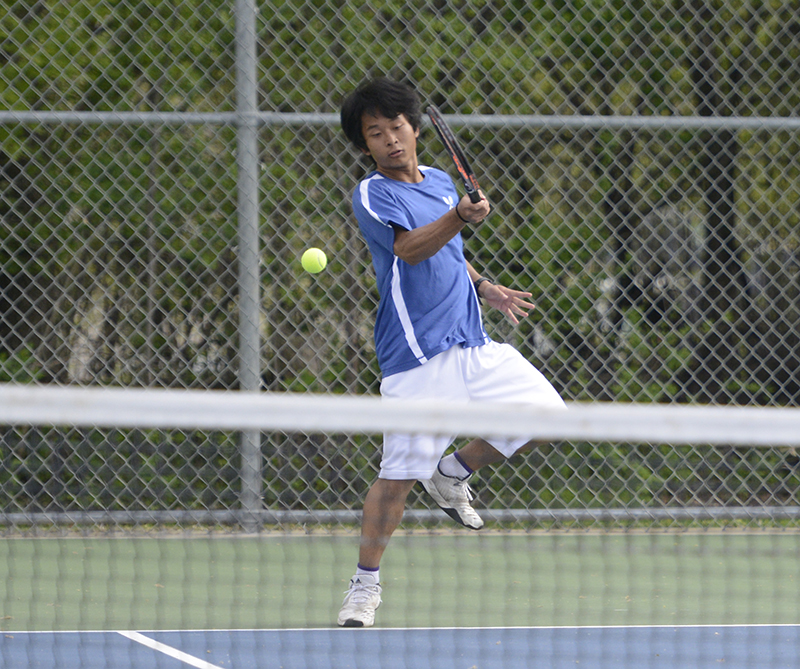 The Tigers extended their lead when junior Connor Veldman and sophomore Caleb Hanson won at No. 3 doubles 6-2, 6-1.

The Tigers move to 7-8 on the season and advance to the second round of the section tournament to take the Cougars of Lakeville South. The match will take place Thursday afternoon in Lakeville. 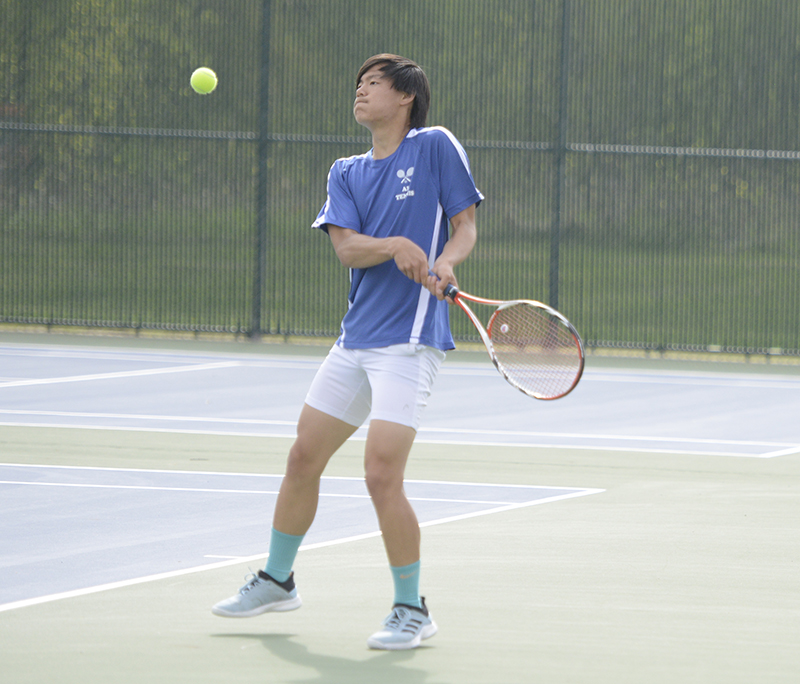