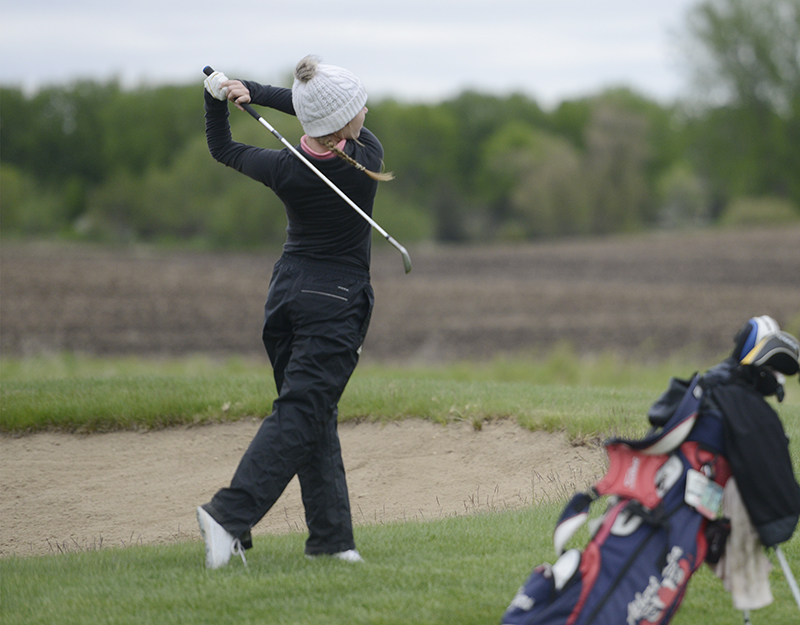 Albert Lea senior Emma Loch watches as her shot hits the green at the Big Nine Conference meet Thursday afternoon at Wedgewood Cove Golf Course. Loch carded a round of 94, as the Tigers finished the meet in sixth place. - Tyler Julson/Albert Lea Tribune

The Tigers finished in sixth place with a team score of 382, behind co-champions Red Wing and Northfield.

Albert Lea was led by up-and-coming eighth grader Alyssa Jensen, who carded a round of 89. Jensen’s round was merely strokes away from earning her a medal. 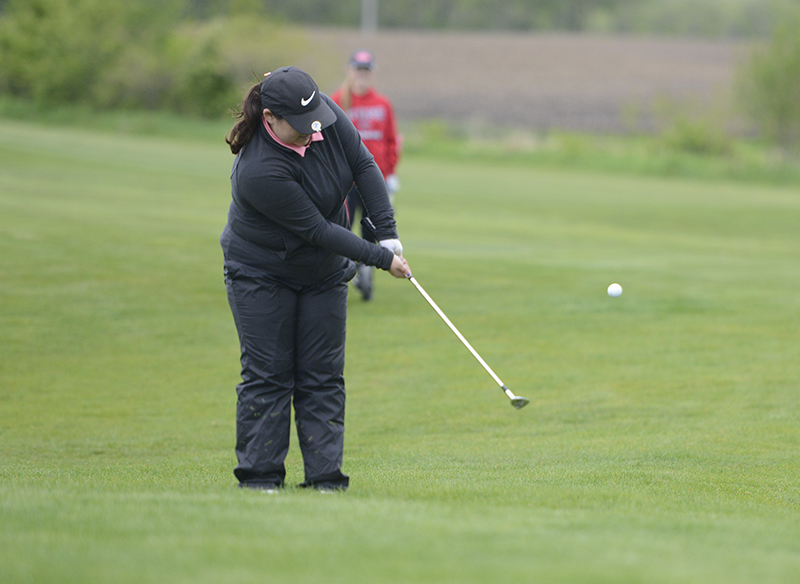 Albert Lea senior Charley Fleek makes a short chip onto the green Friday at Wedgewood Cove. Fleek scored 96 on the round in the Tigers’ final meet before their section tournament on Wednesday. – Tyler Julson/Albert Lea Tribune

Seniors Emma Loch and Charley Fleek also put in sub-100 rounds for the Tigers, Loch coming in with a score of 94 and Fleek finishing with a round of 96. Junior Makenzie Herr was the final team scorer, bringing in a total of 103.

“This was a decent score for us today,” said head coach Shawn Riebe. “We have some inconsistency that is frustrating some of the girls. If we can get that ironed out for tomorrow, I think we will post a good score and see what happens.”

The Tigers were originally scheduled to play in their section meet Friday afternoon at New Prague Golf Course. However, due to inclement weather, the meet has been rescheduled for 1 p.m. Wednesday.