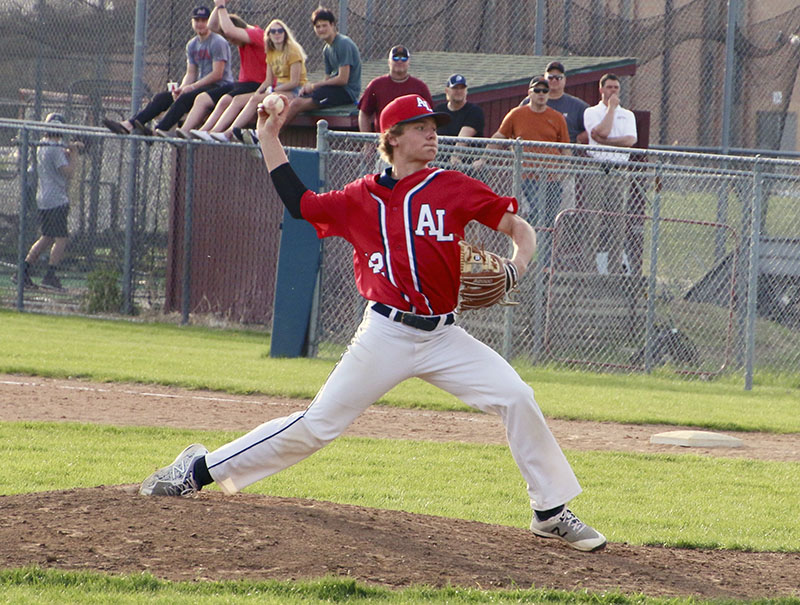 Albert Lea sophomore Blake Ulve throws in a pitch during his save appearance Wednesday night against Northfield. Ulve recorded the save, allowing one hit, walking one and striking out one in .2 innings of work. - Provided

The Albert Lea baseball team got a much-needed win Wednesday night over Northfield to end an eight-game losing streak.

The Tigers beat the Raiders, 5-3, behind a stellar night on the mound from three pitchers and six Tigers recording hits.

Junior Koby Hendrickson started on the mound for the Tigers. Hendrickson pitched four full innings, allowing one run on six hits and striking out five. Senior Brock Hammer came in for relief in the fifth and pitched 2.1 innings, allowing two runs on two hits and struck out two. Sophomore Blake Ulve recorded the final two outs for the Tigers, converting the save opportunity. 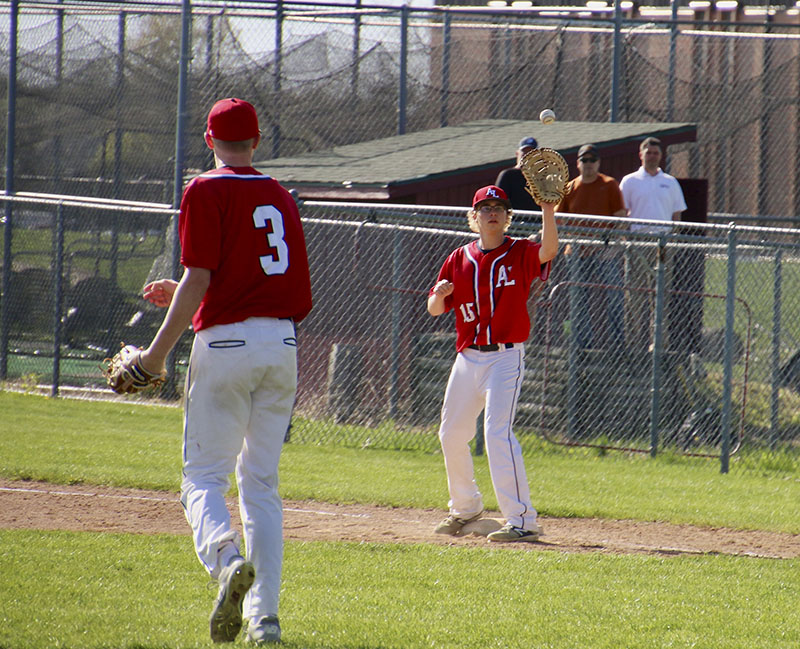 “Great team win,” said head coach Sean Gaston. “Everyone played a part. Huge performance on the mound for Koby, great bridge by Hammer and Ulve came in and was clutch to close it out. Super proud of them. Offensively, the boys released the aggression again and played loose and confident. It started with Weseman, Gardner and Jake Ball stealing bags. We got aggressive and forced mistakes. Then Parker Andersen stepped up with a clutch two-RBI double. The boys trusted themselves and each other and it was fun to see.”

The Tigers move to 5-11 on the season and will play again Tuesday night in their regular season finale on the road against Fairmont.