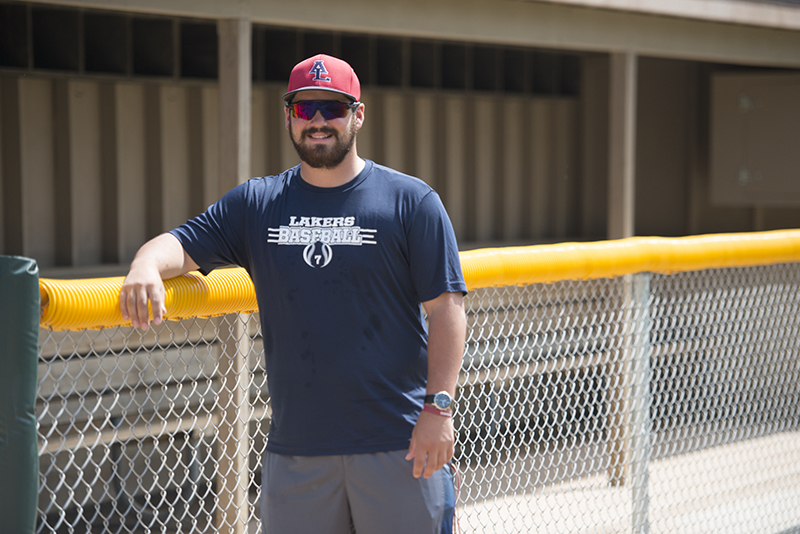 Nate DeChaine takes over as the Lakers’ skipper in his first head coaching experience. Despite the pressure he faces with leading the defending champions, he said the community of Albert Lea has been outstanding with its support and hospitality. - Tyler Julson/Albert Lea Tribune

After spending most of his life as a player on the baseball field, Nate DeChaine will finally get to try his hand at managing a team as the new head coach of the Albert Lea Lakers.

DeChaine, who grew up in Brainerd, has been in love with the sport of baseball ever since he can remember. He said growing up, all his family pets were named after Minnesota Twins players, and he always pretended to be Jim Thome playing out in the yard.

“Ever since I was 3 or 4 years old, I would sit and hit a tennis ball over my house, go get it, bring it back and do it again, and continue to do that over and over. I’ve just always had a love for baseball. Especially when I was in high school, I came around to saying this is exactly what I want to do. I love the game, and I don’t want to give up on it.”

Playing through the ranks as a child in youth traveling leagues, DeChaine said he didn’t play very much. He was always one of the players on the bench. However, sitting on the bench never deterred his zest for the game and while other players’ love for the game waned, DeChaine stayed the course, developing into the player he wanted to be.

With his dream being to play college baseball, he said midway through high school he didn’t think he was going to have what it takes to make it there. But his own self doubt made him work even harder at his game, ultimately earning a spot playing for Morningside College in Sioux City, Iowa.

“When I went to college I knew I kind of wanted to get away, but I didn’t want to go too far because I spent my whole life in Brainerd,” he said. “I chose Morningside, and that ended up being the best fit for me. I had a great time there, we were successful and it was exactly what I was looking for. It was somewhere I could have that home feeling without actually being home.”

DeChaine started with Morningside as a catcher, but soon realized his playing time would be limited with two players above him on the depth chart. 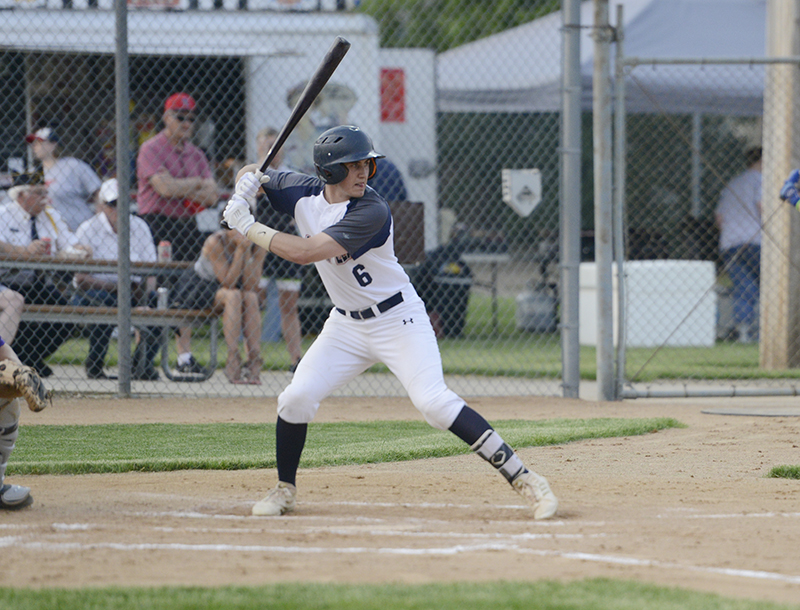 The Lakers have started the 2019 season 1-3, but have been adding players throughout the first week of play. Their next game is Friday at Hayek Field. – Tyler Julson/Albert Lea Tribune

Wanting to contribute to the team at another position, DeChaine asked his coach if there were any other spots on the field. After moving around to first base and designated hitter, he found his groove playing third base for the Mustangs.

The spring of 2018 was his final season as a player for Morningside, but he spent the 2019 season as a student assistant. The Lakers job is his first head coaching gig.

When last year’s Lakers coach, Michael Keeran, decided to leave and pursue a job with the Bancroft Bandits, his assistant, Pete Sitorius, was named the new head coach. Having played summer ball together in Missouri, Sitorius named DeChaine to be his assistant for the season. Just a few months later, Sitorius decided to opt out of the job, and DeChaine stepped up.

“I got the chance to play against Nate in college and with him in summer ball, and not only was he a tremendous player, but he was a great person and teammate,” Sitorius said. “He has a ton of potential as a coach with very good connections throughout his career.”

Stepping into the role of head coach, DeChaine now had to make a choice as to who his assistant would be. With a little help from Pioneer League owner Donnie Roberts, DeChaine landed on Griffin Dean.

“Griffin’s a really good guy,” DeChaine said. “He’s very knowledgeable about baseball and he’s passionate about it and I can see that every single day. He’s a great mentality to have around. He’s always got a smile on and having a good time. I couldn’t have asked to find a better guy.”

Dean, a student assistant at Graceland University for three years, said he and DeChaine came together and have worked extremely well together for not knowing each other before the start of the offseason.

“We, as coaches, were thrown in late, and we are still trying to figure out personnel, but overall we will figure it out and we aren’t far from that,” he said.

Straight away, DeChaine and Dean inked three players from Morningside College and added more throughout the winter and spring. With a solid team on paper, there was still a heap of pressure facing DeChaine and the rest of the Lakers to perform well following a championship season in 2018.

“Obviously, there’s expectations,” DeChaine said. “Everyone is expecting it to happen again. I feel like we’ve put together a team of young guys that have the chance to repeat that. A 1-3 start isn’t ideal, but we were down guys early and we’re still bringing in guys every day it feels like. We’re working on it, and these guys won’t lose the fire. That’s the thing about these young guys, they bring it every single day.”

DeChaine said everyone on the team has come together and bonded right out of the gates. When asked about the challenges he has faced as coaching the team so far, he said there weren’t any, and he credits the players, the Lakers Booster Club and the community of Albert Lea for being so accommodating.

“I could not have asked for a better reception from the community,” DeChaine said. “Every single game, we’ve got fans. A lot of leagues don’t have that. A lot of these guys have an average of 25 to 30 fans in the stands at college. In the first couple games we’ve had here, I would say there’s been 250 to 300. It’s an experience these players are never going to forget. The community around us and the league in general has been outstanding.” 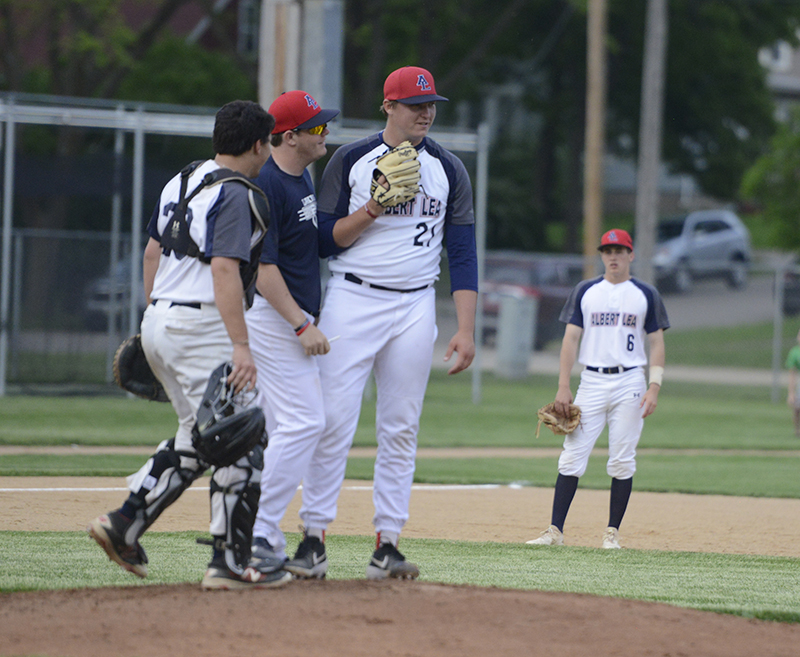