Albert Lea man charged with attack on his mother 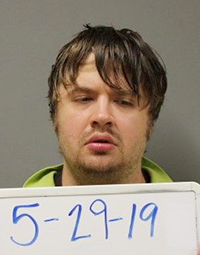 An Albert Lea man is facing a charge of attempted first-degree assault after he allegedly attacked his mother last week.

The man, however, will undergo a psychiatric evaluation to determine if he is competent to stand trial and whether he was competent at the time of the alleged incident.

Freeborn County District Court Judge Ross Leuning on Thursday ordered Logan Goodemann, 25, under a psychiatric evaluation by a court-appointed examiner before any trial proceedings continue. An examiner will also evaluate a civil commitment.

Public defender Jeremy Clinefelter — who filled in for Goodeman’s public defender Grant Sanders, who was in a jury trial — said Goodeman has been diagnosed with schizophrenia.

Court documents state Goodeman was arrested after police were dispatched at 4:42 p.m. May 29 to a residence on Ninth Street in Albert Lea regarding an allegation of domestic assault. Dispatchers reportedly informed officers that the caller stated he felt he had to attack his mother and mentioned getting a knife.

When officers responded to the house, Goodemann reportedly told an officer that his mother had been acting strangely and that he attacked her after she had asked him to do more dishes. He said he couldn’t do more dishes but didn’t want to get in trouble for not doing them.

In a conversation with another officer, Goodemann reportedly again stated his mother had been acting strangely and “he had no option but to kill her,” court records stated.

He reportedly admitted to grabbing the woman’s head and trying to “snap her neck,” and when that didn’t work, he got a knife and was going to stab her in the throat with it.

The man’s mother reportedly told police she had asked her son to do the dishes. He got upset, so she decided to instead do them, but he started yelling and got increasingly upset.

She stated he grabbed her by the head and began twisting her neck, trying to break her neck four times. At one point he stopped and turned around for a second, and she ran out of the house to a neighbor’s house.