An Albert Lea man was sentenced to seven years and four months in prison Monday in Freeborn County District Court for his role in an aggravated robbery in June 2018. 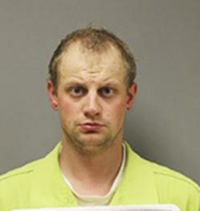 Joshua James Allen, 32, will spend two-thirds of that time in the St. Cloud prison, with the remaining time spent on supervised release. He will serve a concurrent sentence of 17 months in prison for fleeing police in a motor vehicle after the robbery.

Freeborn County District Court Judge Ross Leuning, who issued the sentence, said though Allen had shown sincere effort at rehabilitation since he was arrested for the robbery and has a strong support network, he did not think Allen was amenable to being placed on probation.

Though he acknowledged Allen had experienced a “rough life,” he said Allen was on probation for two other crimes and was high on methamphetamine when the robbery took place.

Freeborn County Attorney David Walker said Allen was collecting on a drug-related debt when he robbed a man he knew on June 24, 2018, on Second Street in Albert Lea.

Court documents alleged Allen grabbed the man around the throat and pushed him into a wall before co-defendant Tony Viramonh pointed a 9mm handgun at the man’s head.

Allen reportedly took $200 from the victim’s pockets, released him and pulled out a handgun. The two men reportedly pistol-whipped the victim in the head and chest, ordering him to put his TV in Allen’s vehicle.

A chase followed the robbery, reaching speeds of 100 mph on Southeast Broadway Avenue and lasting more than 20 minutes and nearly 30 miles.

Allen in September was convicted of first-degree aggravated robbery after a three-day jury trial. He pleaded guilty to fleeing a police officer in a motor vehicle before the trial started and was acquitted of a charge of ineligible person in possession of a firearm.

No guns were ever found.

Viramonh, on the other hand, was acquitted by a jury on all charges in April.

Leuning said of all the cases he tried as a lawyer and all the trials he has overseen as a judge,  he is confident that “juries get it right,” though he did note he was surprised at the verdict in Viramonh’s trial.

Regardless, he said he had to treat the two cases separately, and he also had to follow the jury’s decision to acquit Allen on the firearm charge and, therefore, not include the gun in his consideration.

Prior to Leuning’s sentence, Allen’s lawyer argued he was amenable to probation and had shown success in chemical dependency treatment since his arrest, completing 57 hours of programming thus far.

She said he had shown remorse for his actions and has been meeting with mental health professionals to address mental health issues. She recommended a long-term residential dual diagnosis program addressing mental health and addiction through Minnesota Teen Challenge.

Allen, through tears, talked about what led up to that point in his life. He said in 2017, he lost a 13-year relationship with a person he loved. At that time, he also lost his two children and his home. To hide the pain, he started using methamphetamine and ultimately did things he never thought he would do.

“It took away the very little I had left,” he said.

He said in the last year since his arrest he started a treatment program and began medications to address his mental health conditions.

He asked Leuning to help him get his life back on track.

Walker, who requested Allen be sentenced to a higher amount of time in prison — eight years and nine months — said Allen had multiple prior violent offenses, including third-degree assault, domestic assault and stalking.

He asked the court to give Allen accountability for his actions.

Allen will get credit for 364 days already spent in the Freeborn County jail.