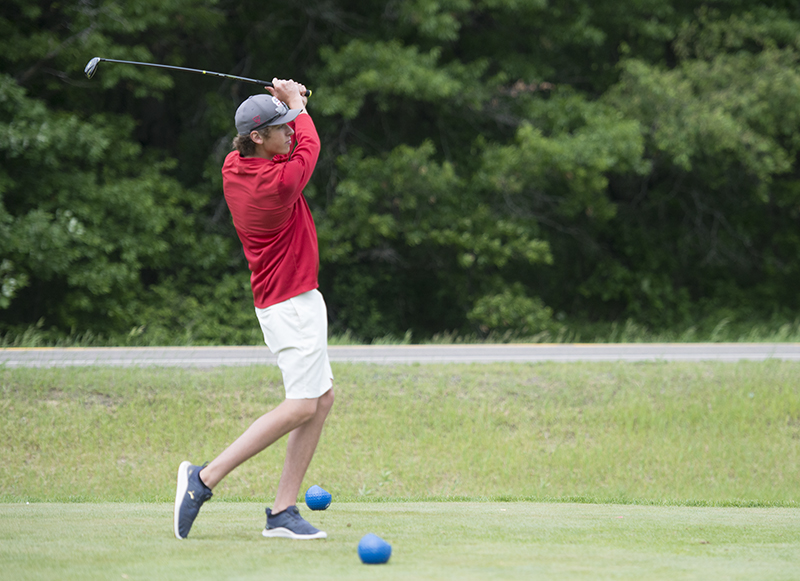 United South Central junior Andrew Heggen tees off Tuesday morning at the Minnesota state golf meet at Pebble Creek Golf Course in Becker. Heggen shot a first round of 87 and is tied for 40th place after day one. - Tyler Julson/Albert Lea Tribune

BECKER — Two area golfers traveled to Becker Tuesday morning for the first round of the Class A Minnesota state golf meet at Pebble Creek Golf Course.

United South Central junior Andrew Heggen and Alden-Conger junior Annika Riebe qualified as individuals for the two-day event at sections just over a week ago.

Heggen carded a round of 87, landing him in a tie for 40th place after day one.

He started the round with a double bogey, but found his footing with four straight pars before a rough hole at No. 6, taking an eight on the par three. Heggen rounded out the front nine with two bogeys and a double bogey placing him at +11 halfway through the round. 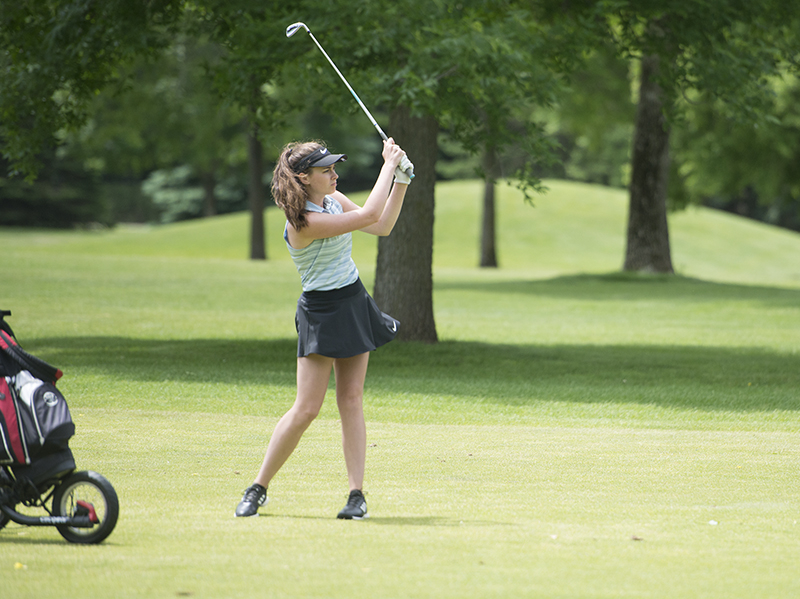 His second round was more efficient, recording two birdies, two pars, four bogeys and one double bogey. Heggen’s score of +15 has him 15 strokes behind leader Brett Reid, a sophomore from Community Christian.

Riebe, a returning state qualifier from last season, finished with a round of 97.

Riebe is 17 strokes behind the leader Rachel Halverson, a junior from Lac qui Parle Valley. She will begin her round around 11:30 a.m. Wednesday.