Bicycling club provides a way for riders to connect 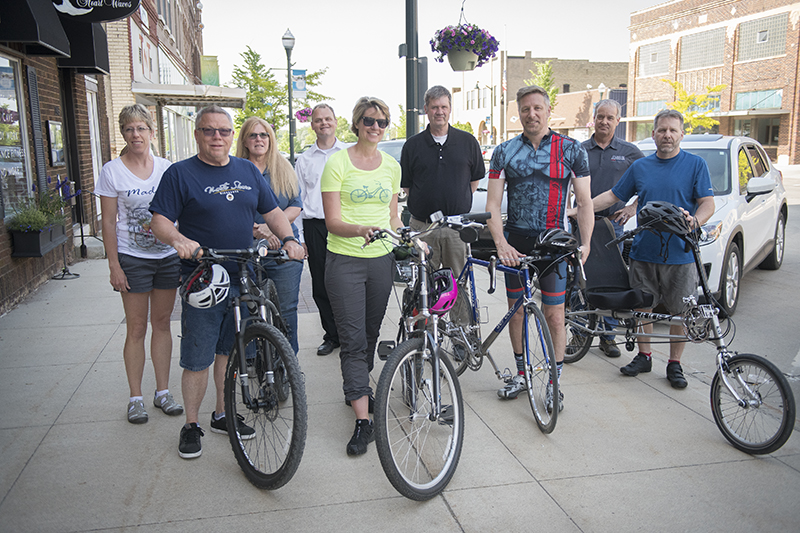 Local group organizes weekly rides for people in the area

A group of Albert Lea area residents with a passion for cycling has set up regular rides to give people a chance to enjoy the hobby with others.

Albert Lea Area Cyclists is a chapter of the Bicycle Alliance of Minnesota.

One of the organizers, Jeff Englin, said there are 21 households participating, which includes all ages. Others have expressed interest.

“It’s a way for everyone who does ride to connect,” Englin said.

He said all ages and abilities are welcome.

In addition to organizing rides, the club also seeks to promote trails in the area, including the Blazing Star Trail and the proposed trail from Albert Lea to Hartland, and to promote safety and education. Members of the club organize Rock-N-Roll the Lakes, which started last year, and help with the children’s bicycle and safety event Bikes, Tykes and Tunes in May.

The weekly rides start at 6 p.m., and the monthly pub crawl starts at 4 p.m.

Rider Jeff Johnson said he got involved with the bike club after Rock-N-Roll the Lakes last summer.

He said he considers himself relatively new at riding, as he has only been doing it for two or three years. He started riding after he sold his horses and was looking for something to keep him busy. He also started riding for health reasons. He has lost about 60 pounds and is now in better condition and better health, he said.

Annie Olson, organizers of the ladies ride, said the group was formed after hearing of interest from others and as a way to promote biking in Albert Lea.

She said biking helps her clear her mind, is good exercise and gives her an opportunity to talk with friends.

The women’s group rides to Myre-Big Island State Park and back to the 112 on Broadway, though it may have longer routes in the future, Olson said.

One of the women riders, Chris Avery, said she participates to improve her back and knees and for weight loss.

She also enjoys the camaraderie with the other women.

Kari Brick said in addition to the camaraderie, she enjoys the fresh air and being in nature.

Olson said all levels are welcome.

The next pub crawl is June 22 and leaves at 4 p.m. from Martin’s Cycling & Fitness.

Englin said though there is no joining fee for the club, people are asked to sign up and support the Bicycle Alliance of Minnesota. This gives people the benefits of BikeMN and makes them a member of the local club.

• Be aware of your surroundings. Remember to make quick glances to the side or behind you, and don’t always rely on mirrors.

• Communicate on your ride, pointing out road hazards, turns or speed.

• Try to ride consistent. Don’t weave around or speed up and slow down.

• Don’t cross wheels. Keep a distance of at least a foot or two if not more between you and the rider in front of you.

• Keep a light touch on your brakes. Abrupt braking can cause crashes. Communicate with fellow riders.

• Stop at stop signs and street lights, and use hand signals.

• Make sure bike is functioning properly and that lights or reflectors are clean, visible and working properly. 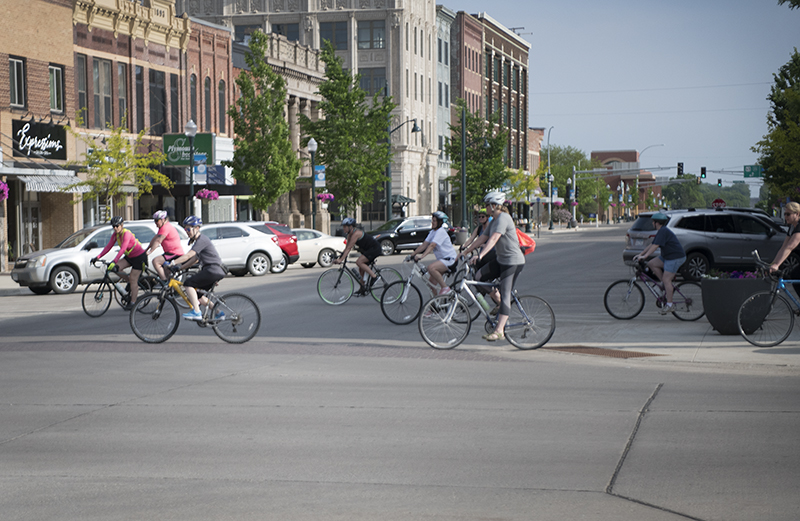