Bulldogs no match for the Green Devils 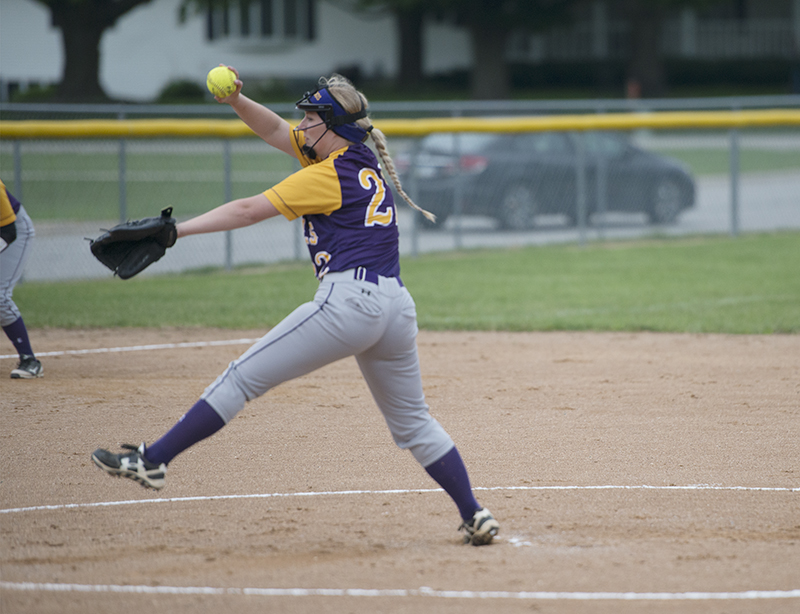 LAKE MILLS — The Lake Mills softball team hosted Osage Friday night, hoping to make it two wins in a row and bring their win total up to three games on the season.

Despite a tight game heading into the final inning, the Bulldogs couldn’t keep the Green Devils at bay, losing the game 6-3.

Osage wasted no time scoring its first run of the game after the first baserunner of the first inning reached on a single and came around to score on two stolen bases and a sacrifice hit. Lake Mills answered right back in the bottom of the inning when freshman Brooke Bergo led off with a single, stole two bases and scored after a wild pitch got behind the Osage catcher.

The Green Devils took the lead back in the top of the second after more stolen bases and an RBI single.

It would take until the bottom of the third inning for the Bulldogs to tie the game back at two runs a piece. This time junior Hope Levine reached on a single and scored on a wild pitch after reaching third on two stolen bases. 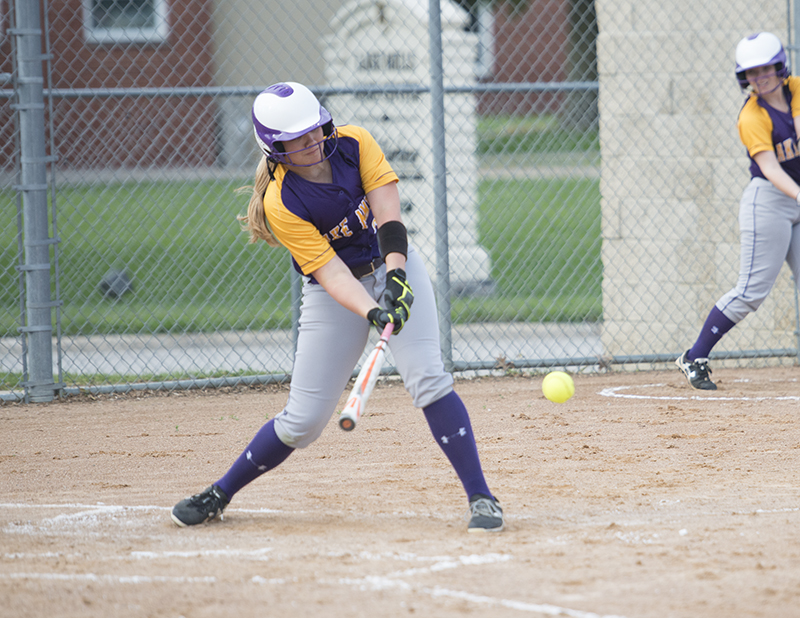 Lake Mills junior Kate Groe takes a cut at the ball Friday night at home. Despite taking a lead into the fifth inning, the Bulldogs came up short of their third win of the season, losing 6-3. – Tyler Julson/Albert Lea Tribune

The Bulldogs grabbed their first lead of the game in the bottom of the fourth inning. Junior Megan Groe led off by reaching on an error and senior Faith Cox hit her in during the next at bat with an RBI single.

Osage came back to tie the game once again in the top of the fifth with another sacrifice fly, bringing in the third run of the game. It took an outright lead in the sixth after a scoreless fifth inning from Lake Mills.

The Bulldogs got out of a bases-loaded jam in the inning, but surrendered one run and the lead in the process.

The start of the sixth inning looked promising for Lake Mills when eighth grader Natalie Brandenburg led off with a walk and stole second with no outs on the board. Brandenburg would eventually take third base, but three straight strikeouts ended the inning before she could cross the plate.

The Green Devils added two insurance runs in the top of the seventh, taking a three-run lead into the bottom of the final inning. Eighth-grader Finley Rogstad got on base with a single, however, was called out attempting to steal second. Senior Kristyn Throne also recorded a single, but it wasn’t enough as a strikeout ended the game.

The Bulldogs fall to 2-18 on the season and will play again Saturday at a tournament in Garner, Iowa.