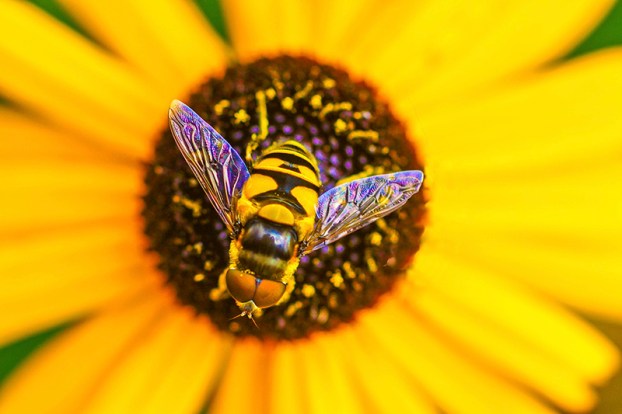 Editorial: Do your part to help pollinators

Much has been said in recent years about the importance of bees and other pollinators.

According to the Earth Day Network, beekeepers have been reporting annual hive losses of 30 percent or higher, and one in four wild bee species in the U.S. is at risk of extinction.

With this population decline, it has never been more important to make a concerted effort to help pollinators.

Of the 369,000 flowering plant species, 90% of those species are dependent on insect pollination, according to the network.

Pollination not only allows floral growth, but makes food available for other organisms.

To build a bee-friendly garden, choose bee-friendly plants. According to the Honeybee Conservancy, keep in mind the following tips:

• Select flowers that will bloom the range of the seasons so bees will always have food.

• Make sure your flowers are non-hybridized and have not been treated with neonicotinoids.

Once you have your plants, make sure you have a water source nearby, such as a dish, tray or birdbath with gravel, rocks, marbles or twigs sticking out of the water so bees can land for a drink, the conservancy recommends.

These steps are not difficult but can be part of the answer to protecting the bee population.

The Minnesota Legislature is recognizing the importance of this effort, too, as it passed $900,000 in one-year funding to encourage homeowners to create bee habitats on their lawns. Through the effort, homeowners will be reimbursed for planting bee-friendly plants.

The funding won’t be ready to distribute until next year.

Sarah Stultz: There’s a reason people may cross your path

Nose for News by Sarah Stultz   I met Ron almost nine years ago. After a tornado near Armstrong destroyed... read more