Getting his players to ‘love baseball again’ 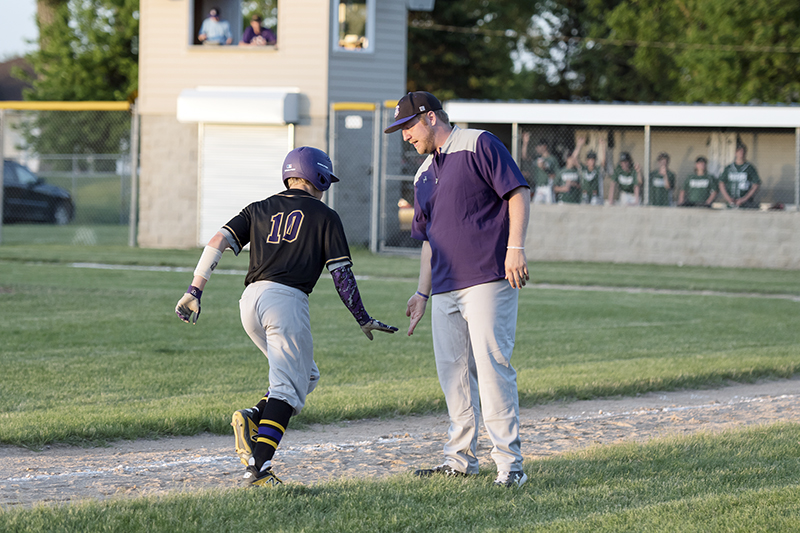 LAKE MILLS — When the head coaching position for the Lake Mills baseball team opened up before the start of the 2018 season, Chris Throne said it was a no-brainer for him to step up from the junior varsity squad and take on the roll.

Throne, a 2010 Lake Mills graduate, has a rich background in sports. During his high school days, he played two years of football, four years of both basketball and baseball and was on the track and field team for one year. In college, Throne went on to play basketball for North Iowa Area Community College.

Since graduation from college, Throne has been involved as a coach for many of those years. He has coached middle school boys’ and girls’ basketball and the JV baseball team for five years before becoming the head coach.

He will be starting a full-time elementary teaching job in Forest City in the fall, while remaining the man in charge of the Bulldogs baseball program.

When the previous head coach approached him about taking job after he left, Throne said he jumped at the opportunity.

“I’ve always wanted to be the head coach of either basketball or baseball and baseball opened up first,” Throne said. “I’ve had a blast. I just had to learn how to do a few extra things like quick stats and paperwork, but that’s been easy to figure out.” 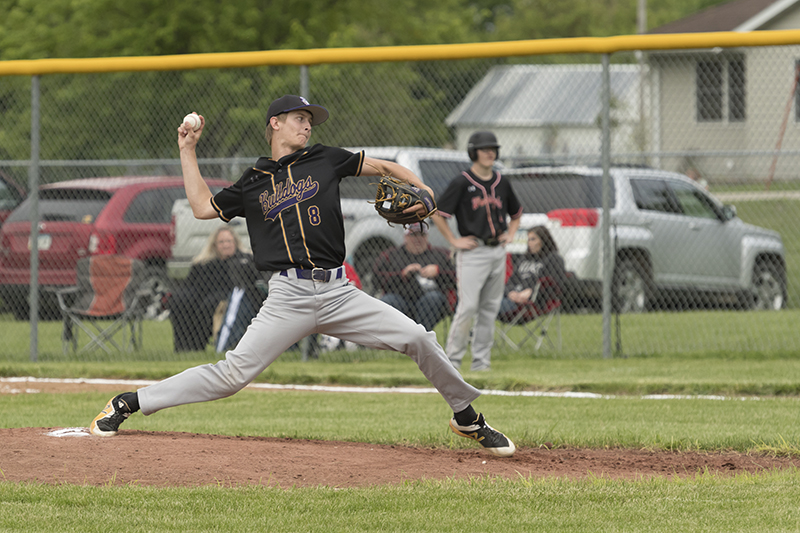 Cael Boehmer is the Bulldogs’ only senior this season. He will continue his baseball career at Wartburg College in the fall. – Lory Groe/For the Albert Lea Tribune

When it comes to his team’s work on the field, their play speaks for itself. With just over a week left to go until the postseason, Throne has the Bulldogs at a 15-7 record and the team is one of the top contenders in the Top of Iowa Conference. Coming off a 14-10 record and a tough one-run loss in the district final last season, he said the team is ready to take its retribution.

“Last year, at times, when things started to go down, they would kind of go with it,” Throne said. “This year, when we don’t start games well, they’re able to make adjustments and not get down. They’ve realized that in baseball, getting a hit three out of 10 times is good, where in a lot of other things that’s failure. It’s the mental side of things, and they’ve grown a lot in that area.”

A big factor in that growth is the return of several key players from last year’s team. A majority of those role players will be back again next season also, as most of them are juniors this season.

Throne said the group of juniors and sophomores on the team this year are a big reason for the success the Bulldogs have experienced. Not having to reteach the same things to a different group of players every year is a major advantage, according to Throne.

“What I really wanted to do when I started was to get the kids to love baseball again,” Throne said. “Not that they didn’t like to play before, but really just focus and key in on their love for the game.

“I think we’ve only got 19 or 20 kids, but I told them last night I wouldn’t trade them for anyone else. They come ready everyday, they’re focused and ready to practice and they have fun. I really like this group and I’m thankful I got to start with these guys.” 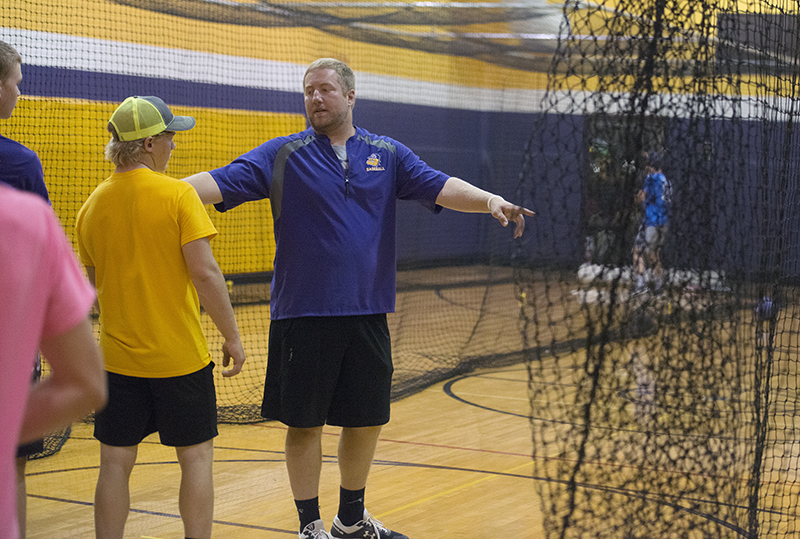 Second-year head coach Chris Throne has the Bulldogs off to a 15-7 start to the season with only one senior on the team. – Tyler Julson/Albert Lea Tribune