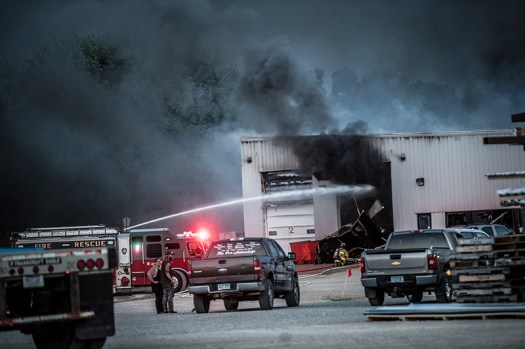 A fire broke out at Pro Trucking, 77917 209th St. in Albert Lea, sometime before 9 p.m. Monday. Look to the Tribune and albertleatribune.com for more information as it becomes available. - Colleen Harrison/Albert Lea Tribune 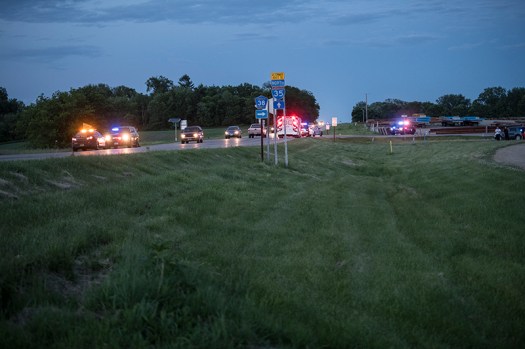 Multiple agencies and first responders were on scene Monday, both at Pro Trucking and along the highway. - Colleen Harrison/Albert Lea Tribune 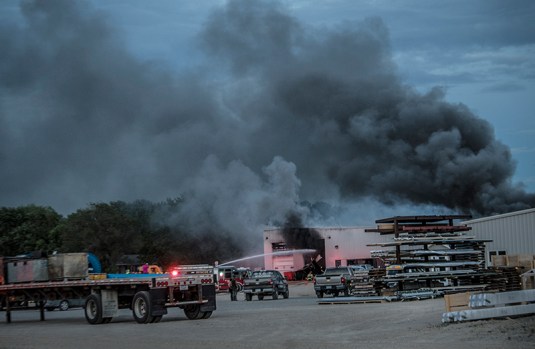 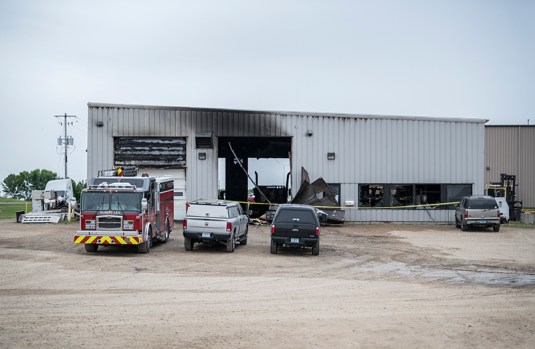 Firefighters from 5 departments respond to blaze at business

According to a press release, the cause and origin of the fire have not yet been determined.

Albert Lea firefighters and police officers were dispatched at 8:50 p.m. Monday to the business after dispatchers received a 911 call from a neighbor in the area who could see fire and heavy smoke coming from the building at 77917 209th St.

It reportedly took crews about one hour to gain control of the blaze, but crews remained on scene until 1 a.m. Tuesday to extinguish hotspots due to tires and flammable liquids in the building.

Firefighters from Hayward, Glenville and Austin were called in to bring tankers and aerial ladders to assist with extinguishing the fire, and Hollandale Fire Department assisted with rehabilitation resources for the firefighters.

No employees were at the shop at the time of the fire, and damage estimates were not immediately available.

No one was injured in the fire.

More information is expected to be released after further investigation.