‘It is long overdue’ 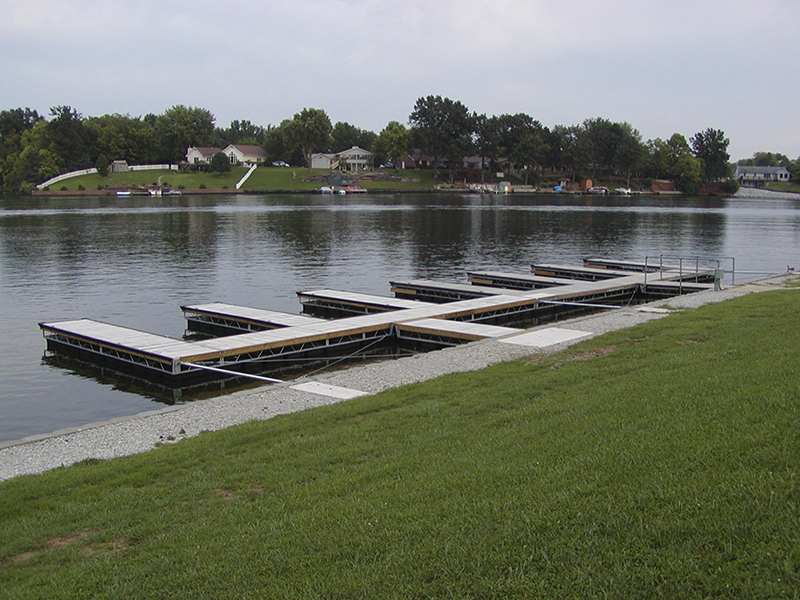 A $75,000 goal has been set to establish Bridgeport Marina, a dock intended to provide city residents and visitors access to the lake on Bridge Avenue across from Walgreens and between the dam and a short row of residential houses. - Provided

Two area residents have spearheaded a fundraising initiative intended to smooth out a rocky relationship — literally — between boat passengers and the Fountain Lake shoreline on Bridge Avenue.

Bill Howe and Josh Orchard, both local business owners, set a $75,000 goal to establish Bridgeport Marina, a dock intended to provide city residents and visitors access to the lake on Bridge Avenue across from Walgreens and between the dam and a short row of residential houses. Currently, boaters who enter and exit in this area are doing so onto a slope of riprap large rocks, which Howe said is a safety concern.

“It’s important to take one of the most popular areas in our community and make it easier for people to embark their watercraft both on the water and to get off of the water,” Howe said. “… It just makes sense to me that we provide better access and safer access for that.”

Additionally, the Shell Rock River Water Trail does not currently have an easy way to transition between Albert Lea Lake and Fountain Lake, Howe said. A marina could provide that.

Their proposal is a minimum six-slip dock for short-term boat parking as well as a large platform on one end intended for fishing or for just watching the sun set, Howe said. The area would provide those without watercraft with a space from which to enjoy the lake.

“We just hope that we can get the community, you know, to really get behind this,” Howe said.

He is also hoping the community will get behind the project financially in time to install the dock yet this summer. However, if the funds come in too late in the season, it may not be put in until 2020.

Orchard lives in Clear Lake and said he sees the lake there as the focal point of the town.

“I don’t really feel like Albert Lea does that,” he said. 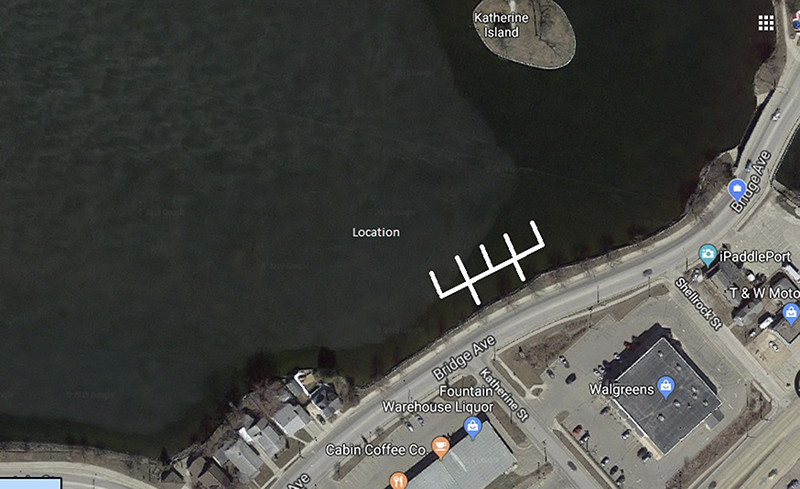 Currently, boaters who enter and exit in this area are doing so onto a slope of riprap large rocks, which some have said is a safety concern. – Provided

Without good public access to the lake from the city’s downtown area, the city is missing out, Orchard said.

On June 10, the City Council approved Howe’s request to seek donations providing the marina would be Americans with Disabilities Act-compliant. During a work session at that meeting, City Council members and Director of Public Works Steven Jahnke discussed the associated price tag with creating an ADA-compliant marina. When a similar project was proposed by Howe in 2013, Jahnke said, the necessary shorework alone was estimated to cost $80,000.

However, this time around Howe said he is hoping to contain the cost by working with dock manufacturers to ensure the dock itself meets compliance standards, therefore avoiding as much shore work as possible. He said the project’s estimate includes the funding necessary to make the marina ADA compliant.

“It shouldn’t be hard to raise the money if everyone wants it,” Orchard said.

Howe is in active conversation with three manufacturers about the marina, but said he will wait to build some funds before making a decision on where to purchase the dock.

While he recognizes an undertaking like this can take time, Howe said he believes the pair has several good ideas in place.

In a press release, he also cited the Brookside Dog Park, completed in 2016, and the splash pad, opened in 2017, as two community-driven projects that both saw success.

And, with new community focus on healthy living and water resources, Howe said he felt it was the right time to bring the project back into the limelight.

“The people that we’ve spoken to have basically said that it is long overdue,” Howe said.

Those who wish to donate can do so by check or online. To donate in person, visit the Albert Lea-Freeborn County Chamber of Commerce and make a check out to the Albert Lea Chamber Foundation with the memo, “Bridgeport Marina.” To donate online, visit www.gofundme.com/bridgeport-public-marina.

In addition to fundraising, Howe plans to contact businesses and citizens in Freeborn County for in-kind services, as well as submitting applications for as many grants as applicable.