Funeral services for Jodi Brown will be at 11 a.m. Monday at Zion Lutheran Church in Albert Lea. The Rev. Matthew Lehman will officiate. Burial will be at Orthel Township Cemetery near Britt, Iowa. Visitation will be from 4 to 7 p.m. Sunday at Bonnerup Funeral Service in Albert Lea and one hour prior to the service at the church Monday. 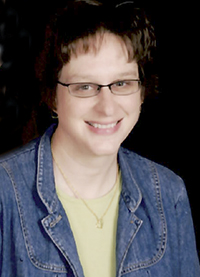 Jodi Lynn (Anderson) was born Nov. 26, 1969, in Casper, Wyoming, to Donald and Judith (Claude) Anderson. The family lived in Wyoming, New Mexico and Kansas before returning to Britt in 1979.

After Jodi graduated from high school in 1988, she enrolled at North Iowa Area Community College. Transferring to Mankato State, Jodi earned a Bachelor of Arts in marketing. Jodi interned at Opportunity Village in Clear Lake, where she met her husband-to-be, Jeffrey Brown.

On Sept. 3, 1994, Jodi and Jeff were married at Evangelical Free Church in Britt. After welcoming their first child, Annelisa, the family made their home in Albert Lea in May 1996. Soon after, daughter Kylie was born.

In Albert Lea Jodi worked as a cook at Lakeview Elementary. Jodi was a member of Zion Lutheran Church in Albert Lea where she was involved in the Lutheran Women’s Missionary League. Jodi was passionate about raising cancer awareness and providing comfort to those who were going through treatments. Jodi, while having cancer herself, participated in Relay for Life and sewed mastectomy comfort pillows for many women. Jodi enjoyed bird watching, sewing and watching NASCAR and Twins baseball. She was a pledged fan to the Denver Broncos with tendency to get a little roused whenever watching football. She loved listening to and attending Casting Crown concerts, and visiting Wyoming and Colorado to see the mountains. Jodi’s family will also remember her for her ability to bake and her enthusiasm for helping others. Most importantly, there’s no doubt about the pride, joy and great love Jodi had for her two daughters.

Jodi is survived by her husband, Jeff, and their daughters Annelisa and Kylie; her parents Don and Judy Anderson; mother in-law, Mary Brown; her brother, Brian (Stacy) Anderson, and their children Abbi, Gracie and Roz; her aunts Sharon (Dave) Coe, Kathryn (Doug) Siverson and Chuck (Tonya) Anderson; her sister-in-law, Kari (Sid) Cowherd, and their children Tyler and Megan; and many other relatives and friends.

Jodi was preceded in death by her maternal and paternal grandparents; her father-in-law, Jerry Brown; uncle, Thomas Anderson; cousin, Heidi Anderson; and her cousin in infancy, Ricky.