Legion run over by Winona 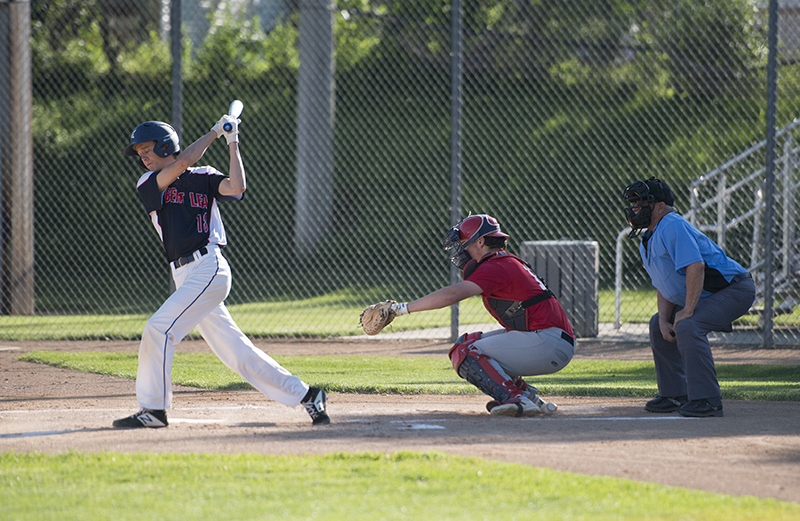 The Legion struggled both at the plate and in the field as Winona jumped out to an early lead and stayed there, eventually winning the game 14-3.

After recording back-to-back outs to open the game, Albert Lea allowed two base runners courtesy of two walks. One of the runners came in on a single and two more came around to score with a single two at-bats later. Winona took a 3-0 after just a half inning.

Albert Lea got one runner aboard in the bottom of the inning after Carter Simon reached on a two-out walk. However, a groundout ended the inning with Simon standing on second.

The Winhawks tacked on three more runs in the second inning after a double, single and walk loaded the bases. A one-out double brought across two of the runs and a single in the following at-bat brought in the third.

Gavyn Tlamka started on the mound for Albert Lea and was relieved in the second inning by Koby Hendrickson.

Albert Lea came close to scoring its first run of the game in the bottom of the second inning. Blake Ulve led off with a single and advanced to third on back-to-back groundouts, but was left at third base when an infield fly ended the inning. 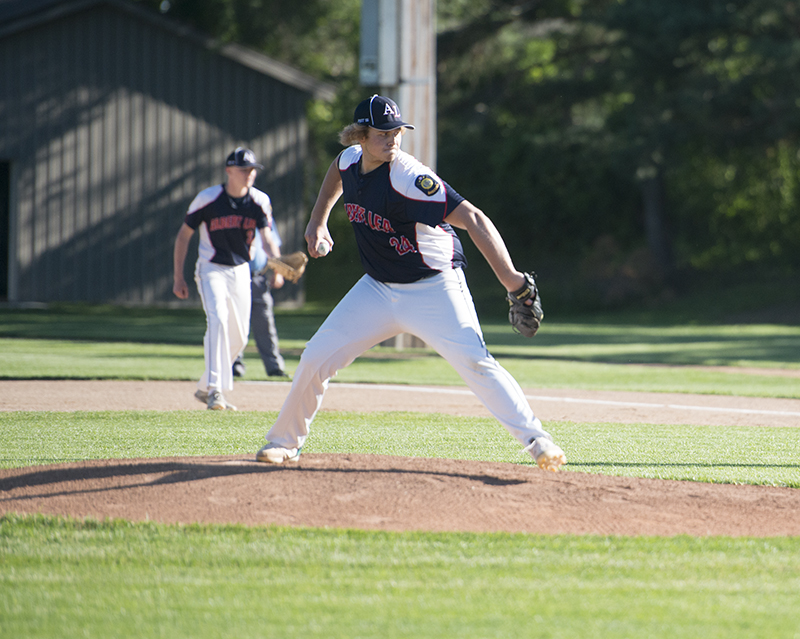 Gavyn Tlamka started on the mound for Albert Lea. He pitched into the second inning before being relieved by Koby Hendrickson. – Tyler Julson/Albert Lea Tribune

A wild turn of events in the third led to another Winona run. A base runner advanced to third on a steal attempt and was awarded home after the umpire made an interference call. Albert Lea saw its first three batters of the inning retired.

The Winhawks added another two runs in the fourth before Brock Hammer was brought in to relieve Hendrickson. Hammer allowed one more run before getting out of the bases-loaded jam and ending the inning.

Simon led the bottom of the fourth off with a walk and was advanced when Ian Ball reached base on an error. Jack Jellinger stepped up and brought in the first run of the game for Albert Lea with an RBI double that soared over the left fielder’s head. However, the rally would stop there as two runners were left on at the end of the inning.

Jellinger started the fifth inning on the mound as Albert Lea’s fourth pitcher of the game. Jellinger recorded the first scoreless inning for the Legion.

Albert Lea cut a little deeper into the lead in the bottom of the fifth. Jake Wesseman hit in one run and Simon hit in another on an RBI single that was smashed to center field.

Winona notched four runs in the top of the sixth to take a 11-run lead, putting Albert Lea in need of at least two runs to keep the game alive.

Unfortunately for Post 56, those runs would never come, as two runners were left on base.

Albert Lea will play in a tournament in Rochester on Saturday, followed by a road game in Kasson on Monday.