Mason City man to serve up to 25 years for stabbing

A Mason City man was sentenced to up to 25 years in prison Monday for stabbing another man multiple times last year in Northwood. 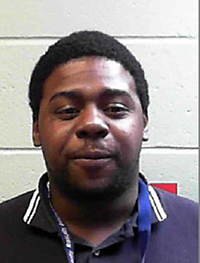 Trapp Leroy Trotter Jr. will have to serve 17 of those years in prison before being eligible for parole.

A jury found Trotter guilty of attempted murder and criminal trespass in April after the trial was moved to Bremer County because of pre-trial publicity. He originally faced a charge of fourth-degree criminal mischief involving a hate crime, but that charge was dismissed.

Andrew Nodtvedt of Manly received multiple stab and slash wounds to his torso during the incident.

Nodtvedt reportedly told authorities he was hanging out with another man, identified as Andre Hill, when “some guy came and started fighting with him because he didn’t like that he was white,” the court report states.

Trotter’s Facebook page had multiple pictures of him wearing identical jewelry to what was found at the crime scene.