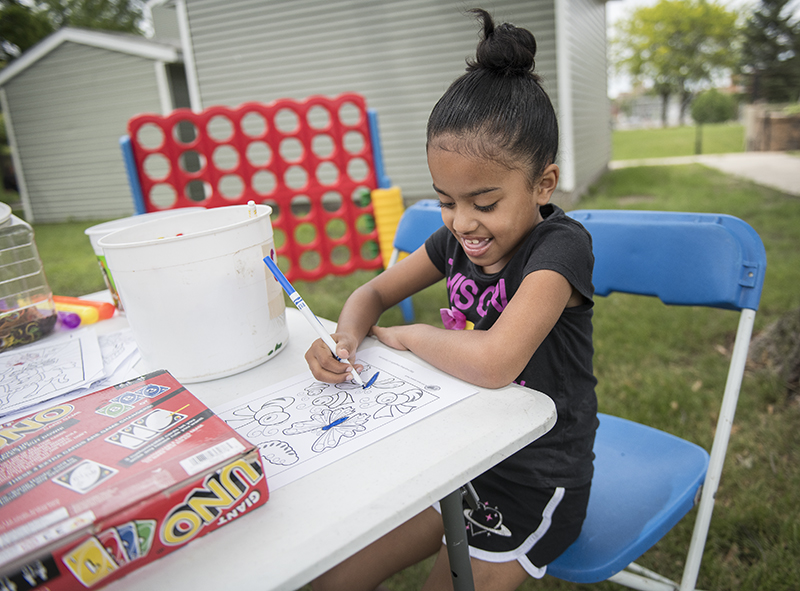 The Albert Lea Parks and Recreation Department has launched a new program this summer aimed at providing area youth with mobile fun and activities in several local areas.

Named Rec on the Go, the program travels to eight area parks or areas Monday through Thursday where recreation staff set up activities for children to use, including games, sports, art and crafts.

Recreation Program Supervisor Jenny Davis said the idea came after they had heard of other Minnesota communities having success with the program. After attending a session about Rec on the Go at a parks and recreation conference, Davis said they decided to bring the program to Albert Lea.

“We knew about the idea just because of seeing it with other parks and rec and different cities,” Davis said. “But it was the conference session that really spurred my co-worker and I to decide to try it this summer.” 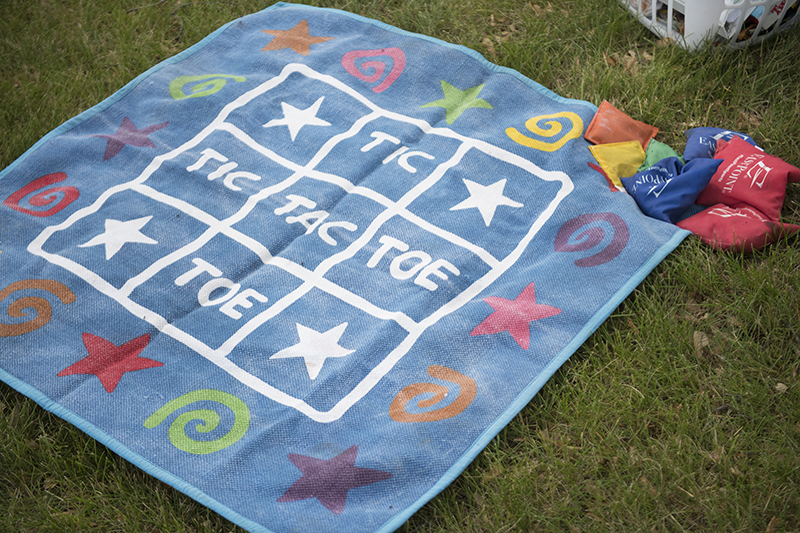 Different yard games are available for children to play with as a part of Rec on the Go. – Colleen Harrison/Albert Lea Tribune

There is no registration required for the program, and it is free for anyone to attend. While the Pickerel Park Townhomes and Morin Lake locations seem to be the most popular, there are usually a handful of children who show up at each location.

Davis said the biggest challenge to getting started was finding a way to transport all of the materials from place to place and coming up with fun things that would be sure to attract children to the park.

“We’re always looking for new things to add to the parks,” Davis said. “We only set up at each site twice a week, but we want to bring new things each time. We don’t want it to get boring, we’re always trying to look for more stuff.”

Some of the most popular attractions at the park include a giant connect-four board, different yard games and a blow up bouncy house. However, Davis said the biggest draw for the children always seems to be the art and crafts.

“Talking to Brooklyn Park at the conference, they said their biggest attractor was arts and crafts,” Davis said. “It’s been big for us as well. We do a lot of different crafts and we’ve got a lot of supplies.”

The feedback received so far has been great, according to Davis. Through word of mouth and social media, many parents, day care providers and children themselves have been receptive to the program.

While the program has been doing well and will return next summer, Davis said there may be some changes that take place. Some of those changes might include a modified schedule to accommodate the sites more efficiently, new equipment and possibly adding a meal option to the lunch time slots.

Rec on the Go continues through July 25, with the exception of July 3 and 4.