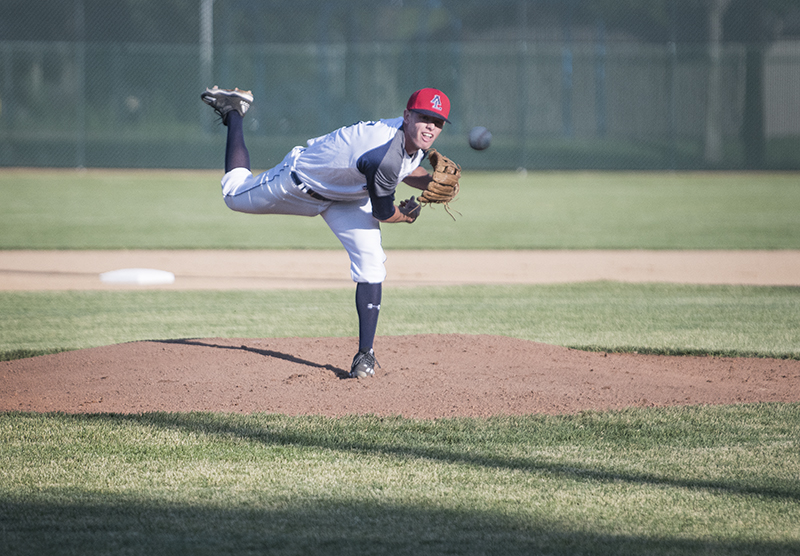 Codey Erickson throws a pitch in the first inning Wednesday of the Lakers’ 10-4 loss to the Peak Prospects. - Colleen Harrison/Albert Lea Tribune

The Albert Lea Lakers played host to the Peak Prospects of Ames Wednesday night looking for a momentum boost and their third win of the season.

Despite a solid outing in the last six innings, the Lakers got out to a poor start — allowing nine runs in the first inning. The deficit was too much to overcome as the Prospects won the game, 10-4.

The Lakers got their first two hitters of the game on base after back-to-back walks from Preston Godfrey and Austin Portner, however, three straight strikeouts ended the inning with them on base.

After a quick one-two-three inning on defense, Albert Lea again got a baserunner on in the first at bat with Levi Davidson picking up a single. Davidson was later picked off after stealing second and two more strikeouts ended the second. 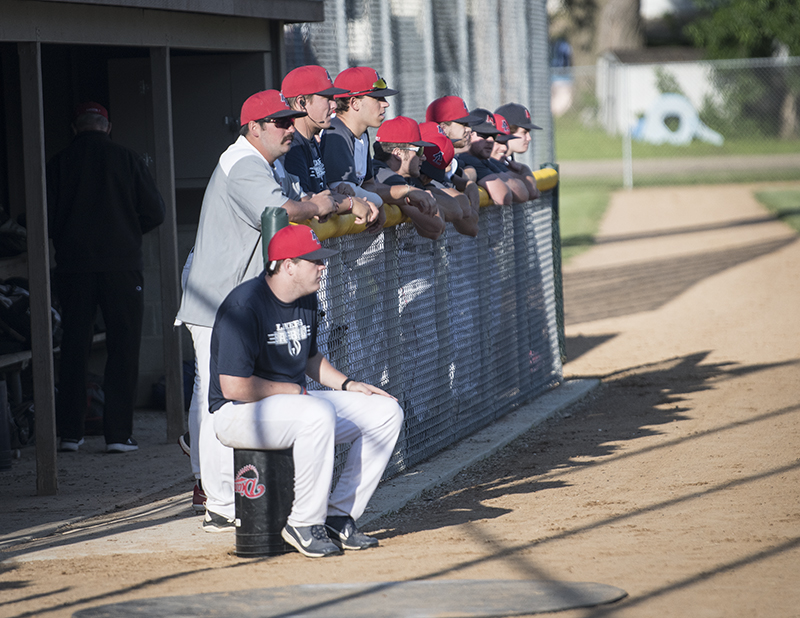 The Lakers dugout watches their teammates during the bottom of the first inning Wednesday. – Colleen Harrison/Albert Lea Tribune

Ames added another run in the top of the third inning after a batter was hit by a pitch and advanced on a single and a sacrifice fly.

Portner notched a double in the bottom half of the inning, but was the only hitter to reach base. The Lakers would finally score their first runs of the game in the fifth inning, when Godfrey led off with a homerun. Brad Morris stepped up just two at-bats later and crushed a homerun of his own to make it a 10-2 game.

Godfrey scored his second run of the game in the sixth inning after one run was added earlier in the inning. However, the Lakers comeback attempt fell short of the mark in the seventh inning. Davidson reached on an error and Jacob Kaiser hit a single, but strikeouts would again plague the Lakers as two more ended the game with two runners on.

The Lakers fall to 2-6 on the season, while the Prospects remain unbeaten at 6-0. The Lakers will be back in action Friday night with a home game against the Bancroft Bandits slated to begin at 6:45 p.m.