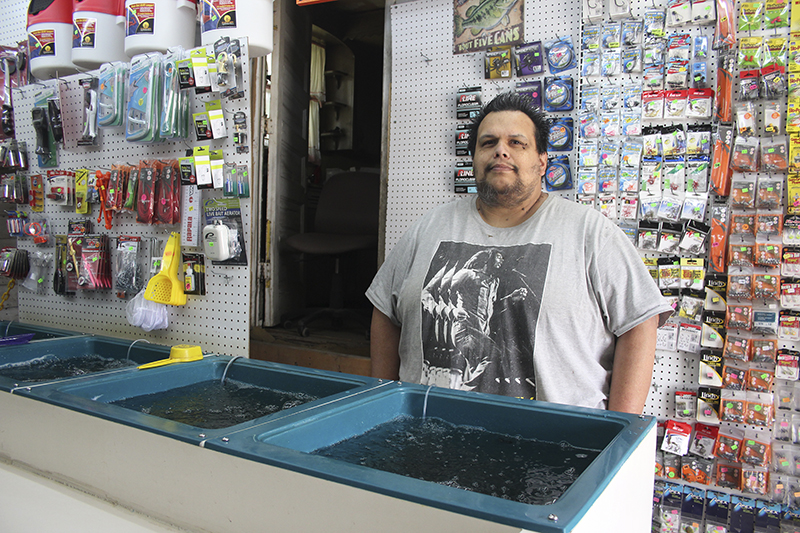 Danny Lugo, owner of Bubba’s Bait & Tackle, operates in the winter and summer for year-round anglers. He stocks live bait as well as tackle and gear. - Sarah Kocher/Albert Lea Tribune

When he’s not out himself, the owner of Bubba’s Bait & Tackle is helping other people try to catch the big ones.

Danny Lugo has run Bubba’s Bait & Tackle out of his mother- and father-in-law’s garage since 2011 after moving to Albert Lea from his native California.

The bass here are smaller, he said, but he is still out on the water — mostly Fountain Lake — almost every day during the summer season.

Each wall is lined with white pegboard and colorful fishing lures and tools from as far away as California and as close as Glenville and Wells. In his livewells and his refrigerator, he has crappie minnows, fatheads, butter worms, wax worms, red worms, green nightcrawlers, leeches and standard nightcrawlers. It changes with the season; in the winter, his ware is more bug-heavy.

He and his family moved to Albert Lea — where his wife is from — after Lugo said he burnt out from working in a restaurant. He was the manager of a Denny’s, but when he quit, he was not sure what he wanted to do, Lugo said.

“My mother- and father-in-law were still living here at the time and they were like, ‘You like fishing,’” Lugo said. “‘Why don’t you start a tackle shop? There’s nothing here in town.’”

“I didn’t think I was gonna last after the first (year) and second year,” Lugo said.

But Lugo said his business has grown incrementally each year since then. 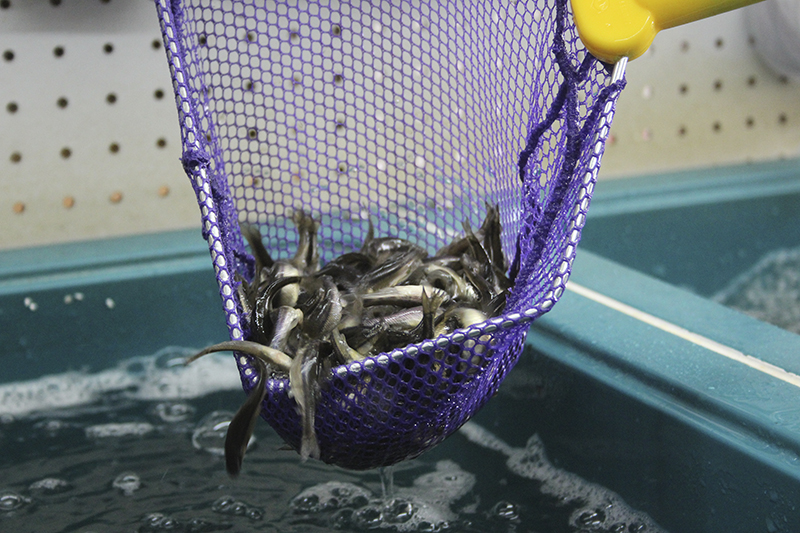 One of the rewards of his business is interacting with young fishers who come in for bait, Lugo said. Now, the children who started coming in for worms and lures years ago are graduating, he said.

He stocks based on both what customers recommend and by what he finds successful. It can be a challenge to keep up with new merchandise as it comes out.

“There might be one lure that comes out when it comes out in like 20 different colors, and seems like around here, maybe three of the colors will work,” he said.

While he stocks up from distributors, others stock up from him. Big Appetite Fishing guide Tyler Paulson said when he is fishing locally, he will visit two to four times a week. When he is ice fishing, it could be more often. The two will visit, as Paulson said Lugo is friendly, funny and frequently making jokes.

“He has a lot of fishing knowledge,” Paulson said. “He’s always willing to help, and his prices are very reasonable.”

Bubba’s Bait & Tackle is open year-round with bait and gear for both ice fishers and summertime anglers. It is often a different customer base, as he said many people will prefer one or the other.

Most of his customers are out to catch walleye, but there are also quite a few fishing for crappie and northerns. Lugo is a bass fisherman himself.

He began fishing with his father when he was 3 or 4 years old, Lugo said. He likes that it can be both relaxing and challenging.

Interesting fact: Lugo once bowled a 290. 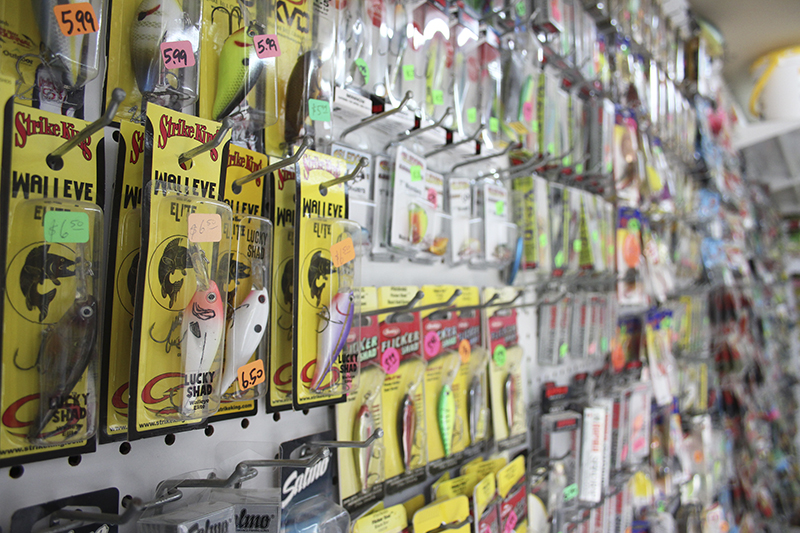 Danny Lugo stocks tackle made as near as Glenville and Wells and as far as California. – Sarah Kocher/Albert Lea Tribune