Memorial services for Raymond M. Sorensen of Albert Lea will be at 11 a.m. Friday at Trinity Lutheran Church of Albert Lea. The Rev. Eileen Woyen will officiate. Interment will be in Alden Cemetery. Friends may visit with family from 4 to 7 p.m. Thursday at Bonnerup Funeral Service and one hour before the service at the church. 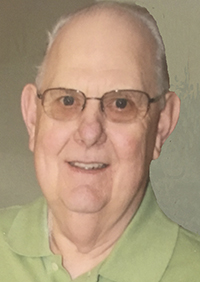 Raymond Marshall Sorensen was born May 11, 1943, in Albert Lea, the son of Robert and Viola (Tapp) Sorensen. He graduated from Albert Lea Central High School.

Ray had many interests and hobbies; he enjoyed hunting, fishing, he played hockey for the Albert Lea Rangers and coached Squirts and PeeWee hockey. He enjoyed golfing, playing softball and going to the Albert Lea High School wrestling matches and tournaments.

Ray enjoyed the company of everyone he knew; no matter where Ray was he knew someone, and if he didn’t know you, he would strike up a conversation to get to know you. He had such a great sense of humor and enjoyed joking and making others laugh. He especially looked forward to planning the yearly get-together on Christmas Eve at the American Legion with his class of 1961 classmates and any friends and family who wanted to join them.

Ray died peacefully at home with family by his side Saturday, June 15, 2019. Ray courageously fought his battle of heart, kidney, lung and liver disease.

Ray is preceded in death by his parents; parents-in-law; brother and sister-in-law Herbert and Dorothy Sorensen; and nephew, Greg Sorensen.

He will be missed by his family, his friends and all who knew him.