Saints reign in the Bulldogs 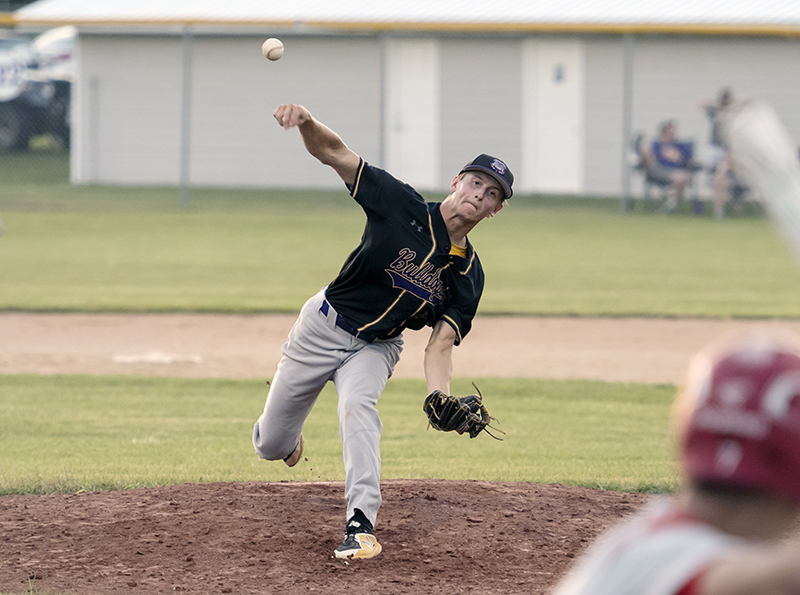 The Lake Mills baseball team hosted St. Ansgar Wednesday night in a battle of two powerhouses in the Top of Iowa Conference.

Despite taking a two-run lead into the final inning, the Bulldogs could not hold the Saints at bay, surrendering three runs in the seventh to fall 3-2.

The Bulldogs started hot defensively, only allowing three base runners through the first five innings. The Saints recorded a single in the first, a walk in the third and a hit-by-pitch in the fifth. However, none of those runners were able to advance past second base.

Senior Cael Boehmer was a big part of the defensive showing, starting the game on the mound. Through the first five innings, Boehmer allowed just one hit and one walk, while recording seven strikeouts.

At the plate Lake Mills took a couple innings to get in the groove with only junior Jackson Rice picking up a hit in the second inning. 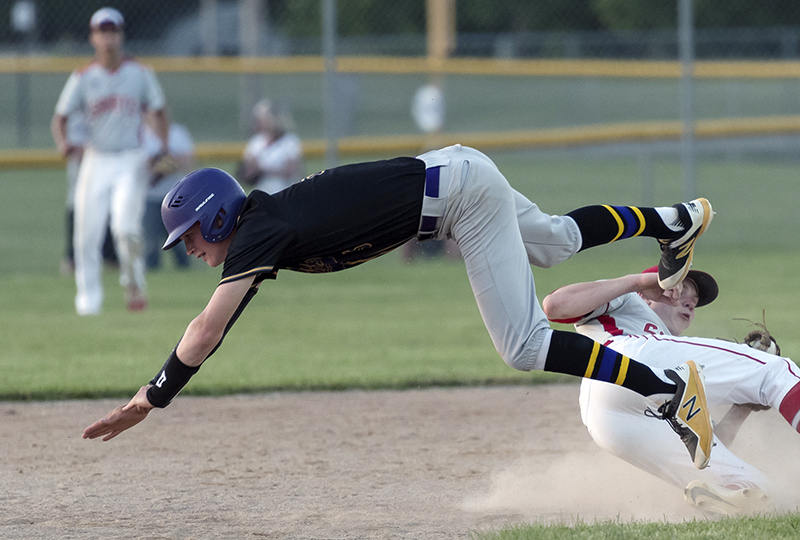 The Bulldogs got on the board in the third inning when eighth grader Brady Hanson led off with a double and was hit to third on a single by junior Mason Fritz. Boehmer then came up big offensively, hitting in both Fritz and Hanson on a single.

After the third, however, the hits came few and far between for the Bulldogs. Rice hit another single in the fourth, but was left stranded after three consecutive outs. They loaded the bases in the fifth inning with a single from Fritz, and Boehmer and sophomore Carson Eaton being hit by a pitch. However, another three straight outs ended the inning with zero runs coming across.

Leading 2-0 heading into the seventh inning, the Bulldogs were just three outs away from a momentum-building win. The Saints were not about to go away quietly, however.

A home run to lead off the inning cut the lead to one run. Boehmer picked up another strikeout, but subsequently walked the next batter. After another strikeout for the second out of the inning, it seemed as though the Bulldogs would escape with a win. A two-out triple ended those hopes on the next at bat, tying the game at 2-2. The go-ahead run was hit in during the next at-bat and suddenly the Bulldogs found themselves trailing with just three outs to go.

Eaton hit a one-out single and Boehmer was hit by another pitch to breath life to the team. Both runners advanced to third and second, respectively, but that’s where they would end after a strikeout and ground ball ended the game.

The Bulldogs fall to 15-7 on the season and will play again Monday when they host Forest City and Garner-Hayfield-Ventura in a double header.