‘Service with a smile’ 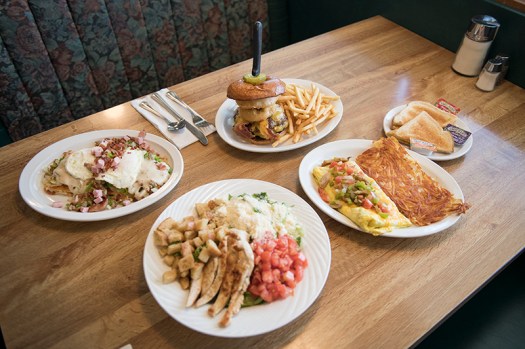 A mix of traditional recipes with a touch of the new is the approach for The Trumble’s Family Restaurant owners. - Colleen Harrison/Albert Lea Tribune 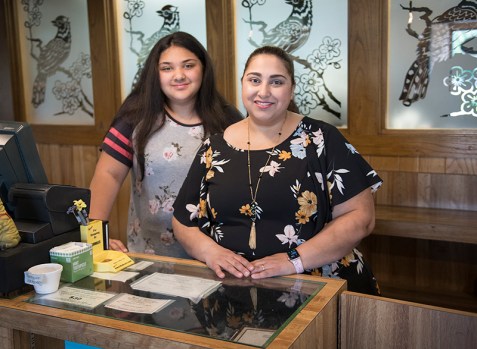 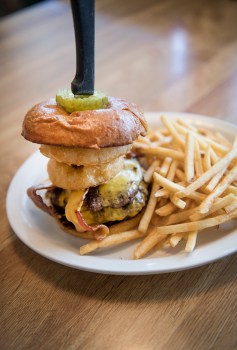 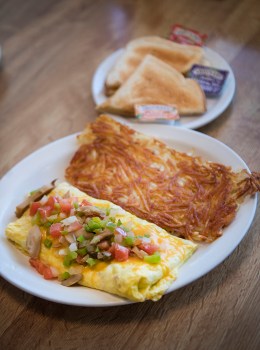 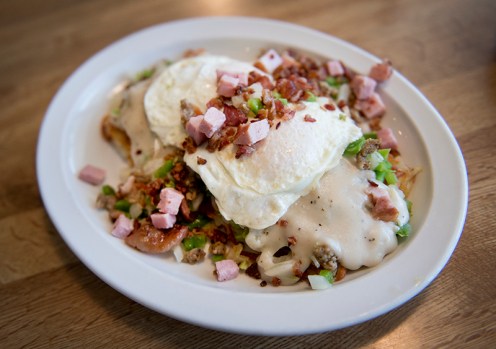 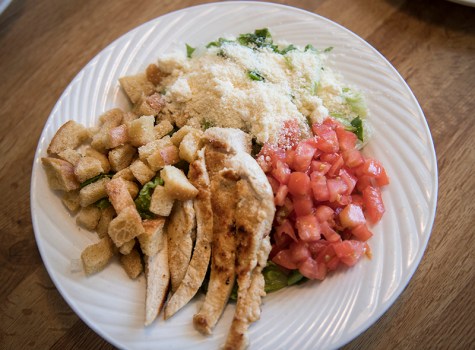 A mix of traditional recipes with a touch of the new.

That’s the approach behind longtime Albert Lea establishment The Trumble’s Family Restaurant, which has been under new ownership in the last few years.

Moe Elgohari of Lakeville purchased Trumble’s restaurant in 2015, and his wife, Dinah Osman, manages it, along with her brother-in-law Andy Elgohari, who is also a cook there.

Osman said the family, who has been in the restaurant business for at least 20 years, owns another restaurant in Lakeville called The Buckboard, which is popular at breakfast.

She said when they took over at Trumble’s, they expanded the breakfast menu in Albert Lea to reflect what they have at their Lakeville location, including additional omelette options.

The most popular breakfast item in Albert Lea is a farmers skillet, which includes everything from hash browns, green peppers and onions to bacon, sausage, ham and eggs. They also still use the classic Trumble’s pancake recipe, she said.

During the lunch and dinner meals, she said they’re offering larger burgers, though smaller portions are still available, too.

Other popular menu items include chicken shoestring salad and classic hot beef sandwiches, which have been with Trumble’s for many years, and fried chicken made fresh to order.

“It’s always been about homestyle cooking,” Osman said, noting that the restaurant has a focus on homemade food, and uses fresh meats and vegetables in its recipes.

They also make fruit pies and cinnamon and caramel rolls in house and offer other desserts including ice cream, malts and carrot cake.

She said Sundays are the busiest day of the week at the restaurant. That day they have kept the traditional dinner special, which includes meat, potatoes, salad and Bridgeman’s ice cream.

Osman said the family got started in the restaurant business under the guidance of her husband’s brother-in-law, who started cooking at the age of 15 and has cooked over the years in Germany, Austria, Amsterdam and New York.

She said he worked for a major diner and taught them based on his experience.

Though they have kept many of the things that have made Trumble’s a success over the years, she said they are considering a few changes to reach out to younger clientele, including larger portions and quicker food.

“Younger people like quick food but good quality,” she said.

She highlighted the service customers receive when they come into the restaurant.

“Our servers are happy, pleasant and want you to enjoy your visit,” she said. “Service with a smile is very important to me.”

Osman said though she still lives in Lakeville, she enjoys being in Albert Lea.

“It really is a beautiful town, especially in the summer,” she said.

The restaurant employs some longtime staff who have worked there for at least 20 years, along with some new faces. In total, there are about 30 employees.