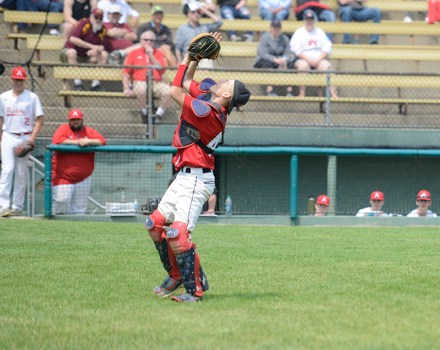 Albert Lea sophomore Cody Yokiel makes the catch behind home plate Saturday in Austin. The Tigers lost to the Packers 6-1, but beat the Winhawks to advance to the section finals. - Tyler Julson/Albert Lea Tribune 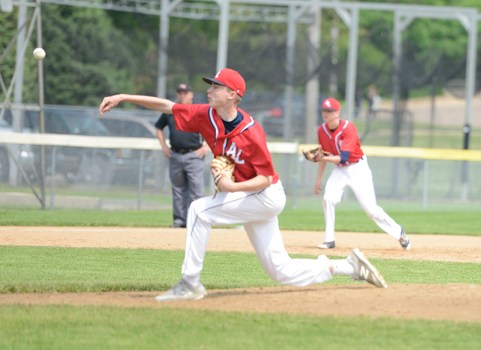 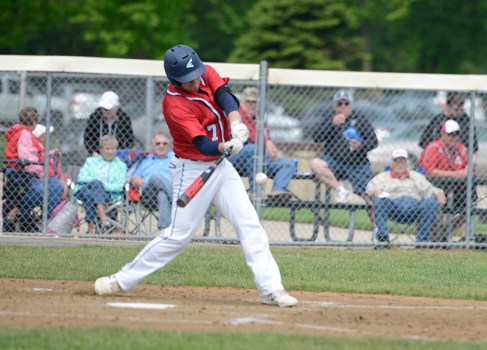 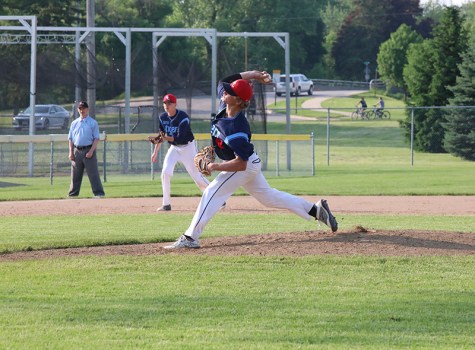 Sophomore Blake Ulve pitches in the second game Saturday afternoon in Austin. The Tigers beat the Winhawks in extra innings to advance to the section championship Tuesday night. - Provided 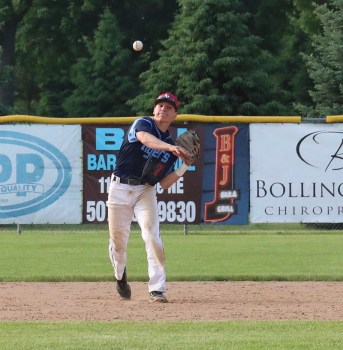 Senior Cater Simon throws to first for the out Saturday in the Section 1AAA tournament. - Provided 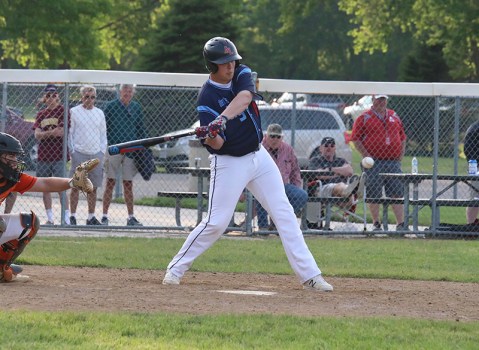 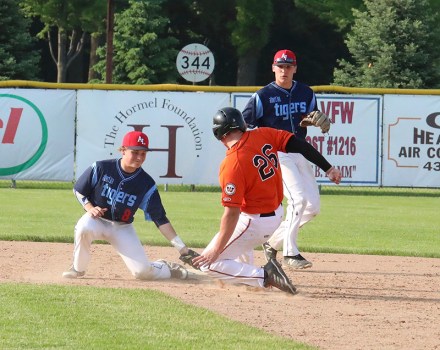 Senior Jake Ball lays the tag on a stealing runner to record the out Saturday. - Provided 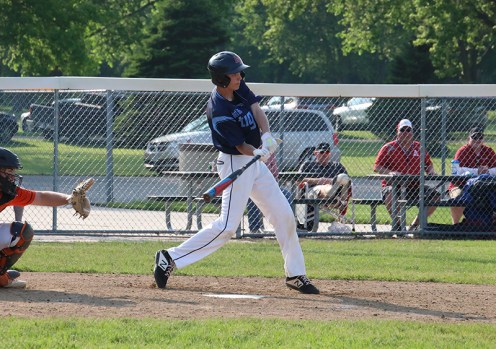 Albert Lea to face Austin again; must win twice to advance to state

The Tigers were unable to keep their playoff magic alive in the first game, struggling to put base runners aboard, ultimately losing to the Autin Packers 6-1. However, the Tigers came in clutch in the second game, beating the Winhawks in extra innings.

Junior Koby Hendrickson started on the mound for Albert Lea, pitching a solid four innings. Despite the effort from Hendrickson, it would be errors that haunted Albert Lea through the opening portion of the game.

Both teams started slow out of the gates, going scoreless in the first with Austin only picking up one hit. After a one-two-three inning by the Tigers at the plate, the Packers broke the tie with a two-out two-RBI double in the bottom of the second.

Albert Lea would record its first baserunner in the top of the third after a single from senior Carson Goodell. However, he was left on base to end the inning.

Errors cost the Tigers two runs in the bottom of the third, giving the Packers a 4-0 lead and a wave of momentum. The Tigers’ woes at the plate continued in the fourth inning, having their first three batters retired after a strikeout, popout and ground out ended the inning.

A lead-off error in the bottom of the fourth put a runner onboard for the Packers, who would eventually come around to score on a single two at-bats later. Sophomore Jack Jellinger reached on a walk in the top of the fifth, but was left stranded on the basepaths when a strikeout ended the half inning.

Senior Brock Hammer came in for relief in the fifth inning, sitting down the first three batters he saw.

Sophomore Trevor Ball opened the sixth inning with a single ripped up the middle, however, three quick outs to follow kept the Tigers scoreless through six. Three singles by the Packers in the bottom of the inning added another run to their total to make it 6-0 with just three outs for the Tigers to make their comeback.

The seventh got out to a promising start when Hammer and senior Dalton Larson hit back-to-back singles with no outs. A fielding error brought in the Tigers’ first run and brought life to the team now with two runners on and still no outs. The wind was taken out of the sails and the comeback was cut short after the next three Tigers batters struck out, ending the game.

The Tigers fell into the consolation bracket with their hopes of a section title still within reach, but on a much more difficult path.

Albert Lea matched up with Winona, after meeting with them just four days prior. In the first game, Albert Lea bested Winona by one run with a go-ahead double in the seventh inning.

Their second postseason meeting was not much different, with the Tigers ousting the Winhawks from the playoffs with a one-run extra-inning win, 10-9.

The Tigers advance to the Section 1AAA finals were they will see Austin once again. This time the Tigers will need to beat the Packers twice in a row to advance to the state tournament. The first game is scheduled for 5 p.m. Tuesday night in Austin. The second game, if necessary, will take place immediately after.