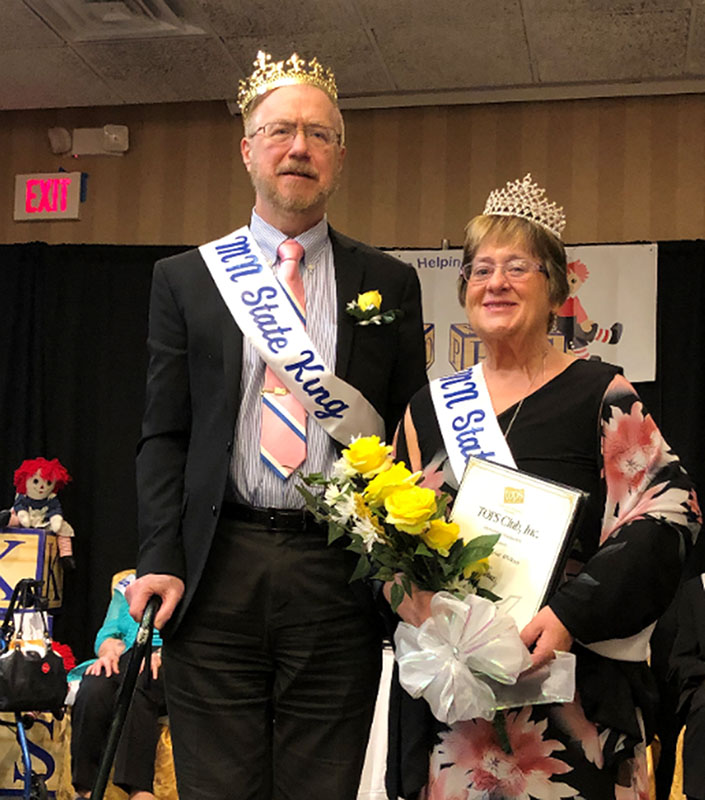 Daniel and Mary Louise Wirkus lost more than 100 pounds combined during 2018 and are the first husband and wife team to be named TOPS Minnesota State King and Queen. Provided

State Recognition Days for the Take Off Pounds Sensibly weight loss group was May 3 and May 4 in St. Cloud.  Three hundred members of the international organization met to celebrate the biggest losers in the state. Albert Lea was represented at the event.

According to a press release, members of the Albert Lea community were recognized on the stage for their success in losing weight and becoming healthier.

Fran Heilman was the second-place division one winner with a loss of 51.6 pounds in 2018.

Fern Rockwell and Darlene Hauge reached their individual doctor-appointed weight loss goals and are now members that are Keeping off Pounds Sensibly.

Jason Heilman is the leader of the Minnesota 1829 chapter that had the best average weight loss per member of 21.8 pounds. 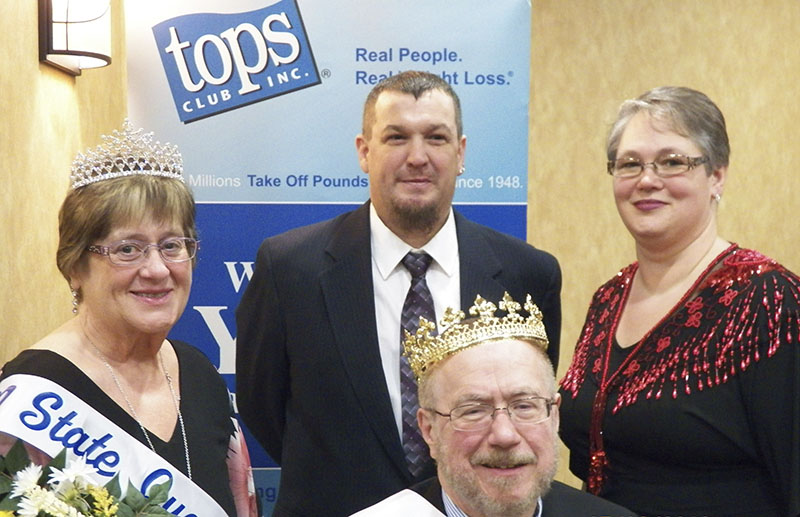 TOPS Minnesota State King and Queen Daniel and Mary Louise Wirkus pose for a photo with Jason Heilman and Fran Heilman. Jason Heilman is the leader of the Minnesota 1829 chapter that had the best average weight loss per member of 21.8 pounds. Fran Heilman was the second place division one winner with a loss of 51.6 pound in 2018. Provided

Mary Louise Wirkus was recognized as the Minnesota state queen for her weight lost in 2018, and her husband, Daniel Wirkus, who was also a division winner, was crowned Minnesota state king. Together, the couple lost over 100 pounds in 2018. They are the first married couple in the state of Minnesota to be crowned in the same year.

TOPS is an international weight loss support organization that was started over 70 years ago in Milwaukee, Wisconsin. Its main purpose is to promote sensible weight loss through weekly accountability meetings that provide support and encouragement to its members. Albert Lea has four individual chapters that meet in small groups.

Heilman is an area Captain in TOPS and can help people start their own small group or can get individuals in contact with any of the groups in the area. Anyone who is interested in the group can visit www.TOPS.org for more information.