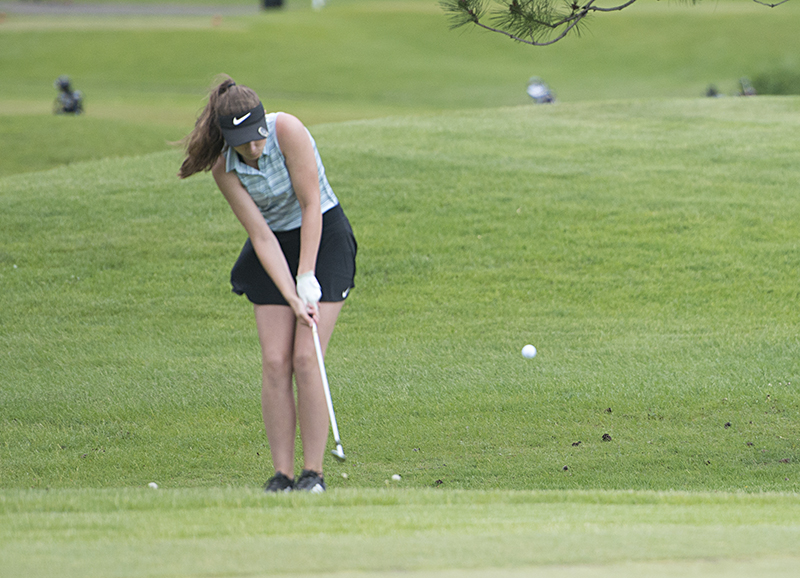 Alden-Conger junior Annika Riebe chips onto the green Tuesday at the Class A Minnesota state golf meet at Pebble Creek Golf Course in Becker. Riebe came in 46th place of the tournament with a score of 201. - Tyler Julson/Albert Lea Tribune

Riebe got out to a rough start in the second round with a five-over par, two triple bogeys, four double bogeys and two bogeys to make the turn 21 strokes over par. She found her footing in the second nine with just one triple bogey, two double bogeys, four bogeys and two pars. Her final two-day score came to 201 (+57) and landed her in a tie with three other golfers for 46th place.

Winning the girls’ Class A tournament with a final score of 160 (+16) was Lac Qui Parle junior Rachel Halvorson. 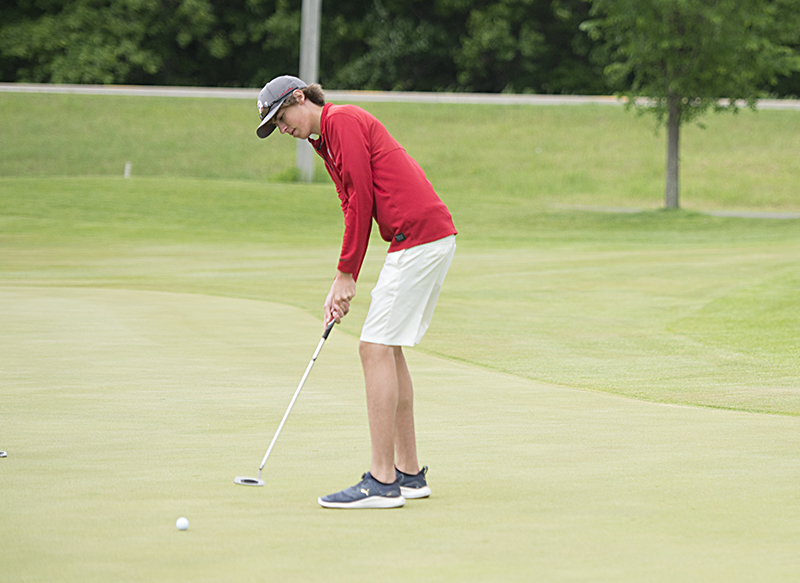 United South Central junior Andrew Heggen watches as his putt traces toward the hole at the Class A Minnesota state golf meet in Becker. Heggen finished the two-day tournament in 20th place with a score of 167. – Tyler Julson/Albert Lea Tribune

Heggen had a nearly perfect first nine with five pars and a birdie. Three bogeys had him just two strokes over par making the turn. Heggen rounded out the back nine with three pars and six bogeys to record a day two total of 80. His second round was the seventh best of all golfers on the day. His two-day total was 167 (+23) landing him in a tie for 20th place overall with one other golfer.

The winner of the boys’ tournament was Community Chirstian sophomore Brett Reid, who shot a final score of 145 (+1).

“The weather on day two started out a bit cool, but sunny,” said United South Central head coach Brad Heggen. “With better weather and 18 holes of experience under his belt, Andrew was much more comfortable and his score improved dramatically. After two-day totals were tabulated, Andrew’s score of 167 (87-80) moved him all the way up to 20th place overall — an excellent finish for a first-time state qualifier.