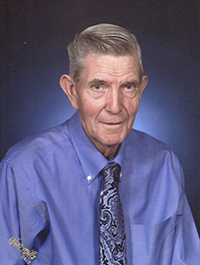 A funeral service will be at 11 a.m. Monday at Silver Lake Lutheran Church, 705 Silver Lake Road in Northwood. The Rev. Bill Peters will officiate. Burial will be in Sunset Rest Cemetery in Northwood. Military honors will be conducted by the Mason City honor guard. Visitation will be from 2 to 4 p.m. Sunday at Conner Colonial Chapel, 1008 First Ave. S. in Northwood, and one hour prior to the service at the church.

Sherrill “Wayne” Nelson was born Nov. 15, 1941, in rural Northwood, the son of Norris and Laura (Larson) Nelson. He was baptized and reaffirmed the faith of his baptism through confirmation at Silver Lake Lutheran Church in rural Northwood. Wayne attended rural Hartland Township Schools.

Wayne was inducted into the U.S. Army in 1960 and served his country faithfully until his honorable discharge in 1962.

Wayne was a lifelong farmer. He began farming with his father in 1963. Wayne also farmed at Parker Ranch, the second largest in the world on the big island of Hawaii for three years. After coming home from Hawaii, Wayne began farming west of Northwood.

Wayne loved playing cards, traveling, dancing, listening to country music and chatting with friends at Short Stop and John Deere Implement Shop. For six years, Wayne and Judy spent the winter months at their Arizona home in Apache Junction. While there, Wayne enjoyed hiking with his brother-in-law, Art, and friends. Wayne loved and enjoyed his family and grandchildren.

Due to poor health, Wayne spent the last 11 months of his life at Good Shepherd Health Center in Mason City. Blessed be his memory.

He was preceded in death by his parents Norris and Laura; brother, Bob Nelson; brothers-in-law Bob Hillman and Gary Heggestad; and niece, Pam Badik.

Conner Colonial Chapel in Northwood is handling the arrangements.