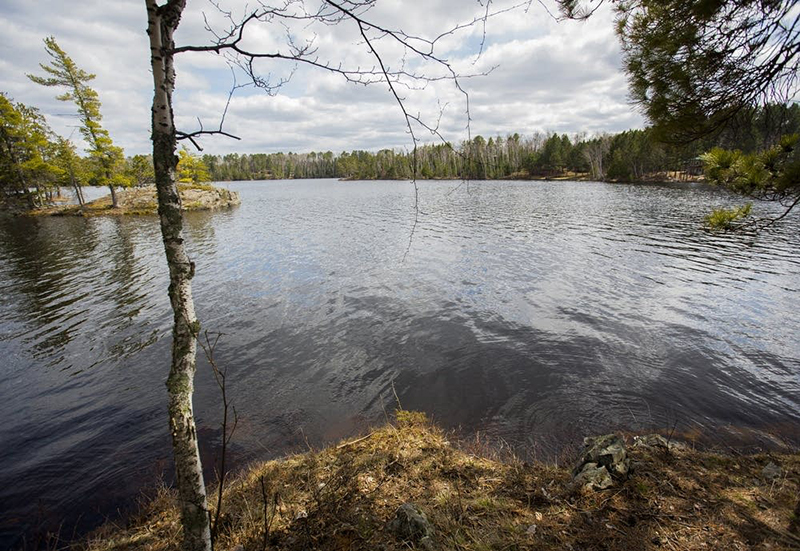 The Wilderness Society is suing the Trump administration to try to force the release of documents on its decision to lift restrictions on mining upstream from the Boundary Waters Canoe Area Wilderness in northern Minnesota. - Derek Montgomery/For MPR News

An environmental group sued the Trump administration Thursday, seeking the release of documents related to a decision last year to end a study of a proposed 20-year mining ban within the watershed of the Boundary Waters Canoe Area Wilderness.

The Wilderness Society filed the lawsuit in federal district court in Washington, D.C., to try to force four agencies — the U.S. Department of the Interior, U.S. Bureau of Land Management, U.S. Department of Agriculture and U.S. Forest Service — to respond to six outstanding Freedom of Information Act requests the group made nine months ago.

The law requires federal agencies to respond to FOIA requests within 20 business days.

“We’re fed up with waiting and we’re forced to resort to legal action,” said Allison Flint, an attorney for the Wilderness Society.

The Interior Department, Forest Service and Bureau of Land Management said they couldn’t comment on pending litigation. The Department of Agriculture, which oversees the Forest Service, didn’t reply to a request for comment on the lawsuit.

In September 2018, the U.S. Forest Service announced it was cancelling a proposed moratorium on copper-nickel mining within a 365-square mile area of the Superior National Forest south of the Boundary Waters. The agency had proposed the ban — called a “mineral withdrawal” — in the waning days of the Obama administration.

As part of that process, the Forest Service also initiated an environmental review to study the proposed ban. The study was set to last up to two years. But last September, after 20 months of the review, U.S. Department of Agriculture Secretary Sonny Perdue announced the agency was ending the study, saying the analysis “did not reveal any new scientific information.”

Several members of Congress, including Minnesota U.S. Rep. Betty McCollum, and the Wilderness Society have asked the agencies to release the results of that analysis. But so far the agencies haven’t complied with those requests.

The Wilderness Society’s lawsuit seeks to compel their release. “We believe that the documents in question will confirm what we all know, which is that the science and public opinion definitively show that copper mining poses an unacceptable risk to this iconic wilderness area,” Flint said.

Minnesota has already approved what is poised to be the state’s first copper-nickel mine. PolyMet Mining now must raise the approximately $1 billion it needs to construct the mine. Twin Metals could be next in line. It’s faced even stiffer opposition than PolyMet because any contaminated water from the mine, which would be near Ely, Minn., and the South Kawishiwi River, would flow into the Boundary Waters. The PolyMet mine would be located in the watershed of the St. Louis River and Lake Superior.

The Wilderness Society is part of a different lawsuit — along with other conservation groups and businesses that rely on the Boundary Waters — that seeks to overturn the reinstatement of federal mineral leases to Twin Metals.

Last month federal regulators renewed two key leases for 10 years, clearing the way for Twin Metals to submit a mine plan of operation, which would then trigger a years-long environmental review and permitting process for the proposed underground copper-nickel mine.

Mine opponents hope to stop it before it gets to that step.

Twin Metals plans to release a mining plan within the next several months. A decision on the lawsuits seeking to block the company’s leases could come by the end of the year.