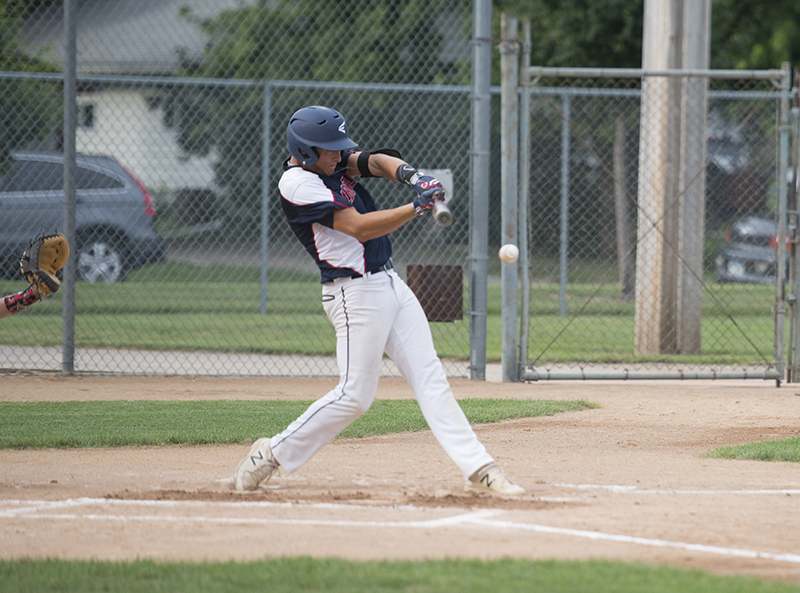 Albert Lea's Ian Ball takes a cut Friday night in the game against Austin. Ball was 3-4 in the game with three singles and one RBI. Post 56 lost the matchup despite a late rally, 7-6. - Tyler Julson/Albert Lea Tribune

Despite a close game throughout, Post 56 was never able to grab the lead and pull ahead, falling to Post 91 by one run, 7-6.

Austin scored one run in the top of the first inning after a single, walk and double, respectively. However, the damage was kept to a minimum when two quick outs ended the half inning.

Albert Lea struggled at the plate in the inning, getting its first three batters set back down via a pop fly, strikeout and ground out.

Post 56 got on the board in the second inning after Ian Ball led off with an infield single. Jack  Jellinger and Chase Hill walked to load the bases and Jake Ball hit a run in after being called safe at first on an infield single.

The tie game would not last long, as Post 91 scored one run in the top of the third to take a 2-1 lead. The run came after Ian Ball made a diving attempt at a ball in the outfield, but narrowly missed sending a baserunner all the way from first to home.

Albert Lea’s offensive woes came back in the bottom of the inning with three quick outs, putting an end to the third. All three batters smacked balls that were well hit to the outfield, however, none of them found a gap.

Austin opened its lead to four runs in the fourth inning, nearly batting through its lineup. Post 91 used five singles to score its three runs in the inning. 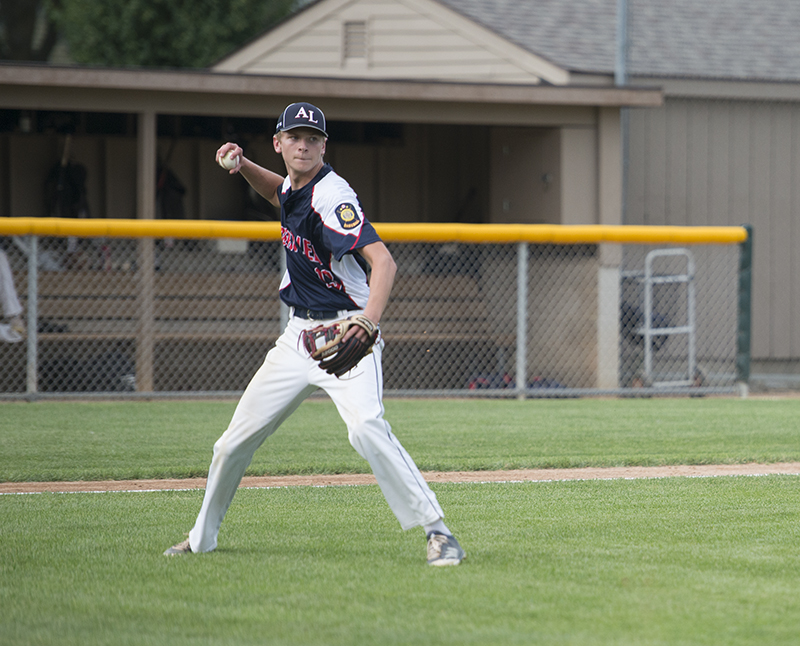 Post 56 made a dent in the lead, scoring two runs in the bottom half of the fourth. Ian Ball again led off with a single and was followed by a single from Brock Hammer, a sacrifice bunt from Jellinger and a walk from Koby Hendrickson to load the bases. Jake Ball faced his second time at the plate with the bases loaded and, although he didn’t get a hit, he still brought in a run after a five-pitch walk. Hammer scored in the next at-bat when a wild pitch hit the backstop.

Hammer knocked in Albert Lea’s fourth run of the game in the bottom of the fifth inning with a double that rolled to the fence in center field.

Post 56 allowed three baserunners again in the sixth, allowing one of them to score. In the bottom half, Hendrickson hit a lead-off single, but a double play and pop fly ended the inning.

Down three runs heading into the final inning, Albert Lea got a quick one-two-three defensive inning to head to the plate. Caden Gardner reached on an infield single to lead off the inning, followed by a single from Jake Wesseman. Blake Ulve walked to load the bases and Ian Ball hit in one run on an infield single. Hammer got his second RBI of the night, but it came at the cost of hitting into a double play. With one out remaining and the tying run at third base, a strikeout ended the game, leaving Post 56 one run shy of completing the successful rally.

Albert Lea will have its shot at redemption Sunday when Post 56 travels to Austin for a rematch slated to start at 6 p.m. 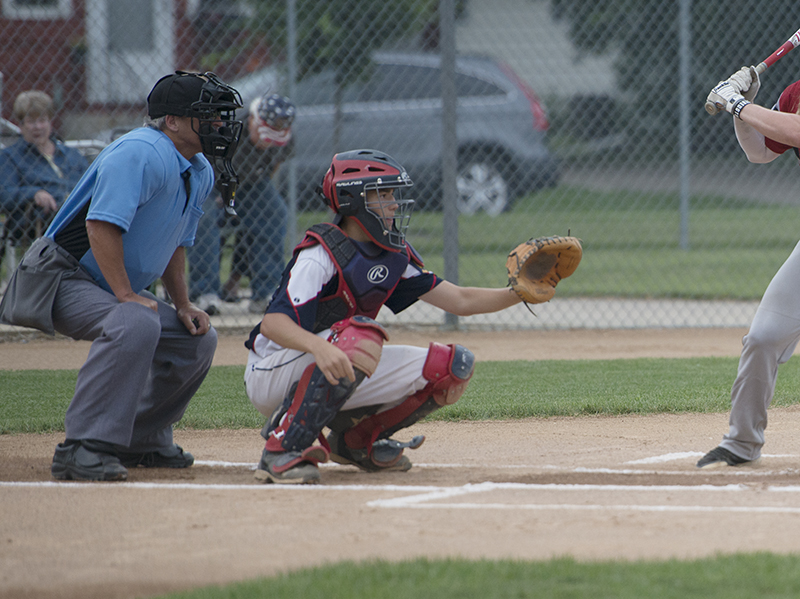 Codey Yokiel readies for a pitch in the first inning of Friday night’s 7-6 loss to Austin. – Tyler Julson/Albert Lea Tribune