Memorial services for F. Berdell Miller of Freeborn will be at 11 a.m. Thursday at United Methodist Church in Albert Lea. The Rev. John Mitchem will officiate. Visitation will take place from 9:30 a.m. until the time of service at the church. Interment will be in the Freeborn Cemetery. 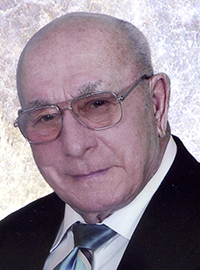 Berdell was born Oct. 3, 1930, in Albert Lea, the son of Fred H. and Doris A. (Schoenrock) Miller. He attended Albert Lea Public Schools. On May 9, 1959, he was united in marriage to Vernell L. Hedensten at Freeborn Congregational United Church of Christ.

Berdell was employed as a truck driver over a span of 60 years and was a member of Freeborn Congregational Church before joining United Methodist Church in Albert Lea. Berdell served on the city council in Freeborn, had a private pilot’s license, enjoyed tinkering and fixing almost anything and taking care of his lawn. He cherished the time spent fishing with his grandkids and special times with family.