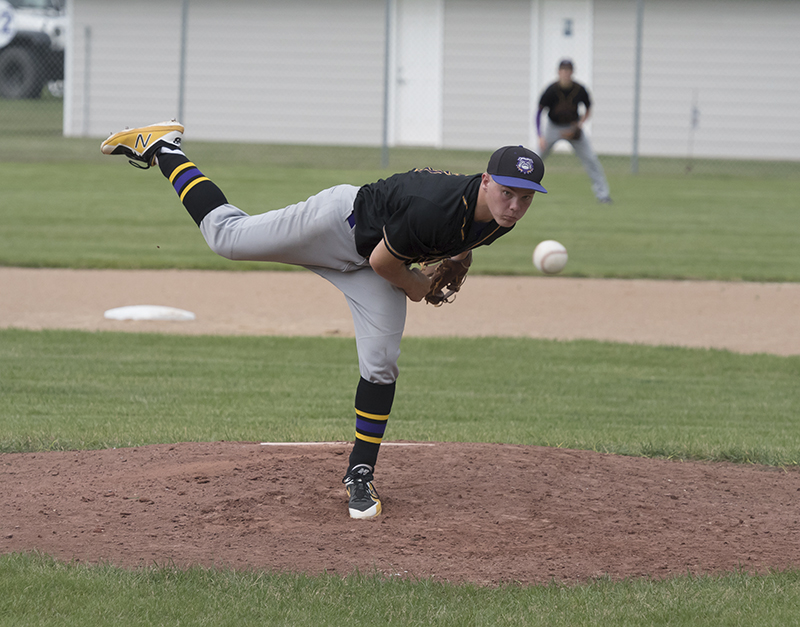 Lake Mills sophomore Casey Hanson started on the mound for the Bulldogs in the opening game of a double header Monday night. Lake Mills lost to Forest City 2-1, but came back in the second game to beat Garner-Hayfield-Ventura 14-5. - Lory Groe/For the Albert Lea Tribune

The Lake Mills baseball team looked to get back on the winning path Monday night in a double header, hosting Forest City and Garner-Hayfield-Ventura.

The Bulldogs suffered a tough one-run loss to the Indians in game one, but came back strong to beat the Cardinals 14-5.

Sophomore Casey Hanson started on the mound for Lake Mills and pitched a stellar game, only allowing two runs. The struggle for Lake Mills came at the plate, where it picked up just four hits throughout the game.

The Bulldogs defense set the first three batters of the game down quickly with Hanson picking up one strikeout. Senior Cael Boehmer got on base in the first inning after being hit by a pitch, but was left stranded when the next batter hit a grounder to end the inning.

It was a quiet third inning for both teams, with each only picking up one hit. Lake Mills’ hit came courtesy of eighth grader Brady Hanson, who hit a one-out single. It wasn’t until the fourth inning the Bulldogs put their first run on the scoreboard. Boehmer led off with a double and made it to third when junior Logan Prescott laid down a sacrifice bunt. Junior Jackson Rice was hit by a pitch to put a runner at first and third. Junior Nate Lorenson picked up the RBI in the next at bat with another sacrifice hit. 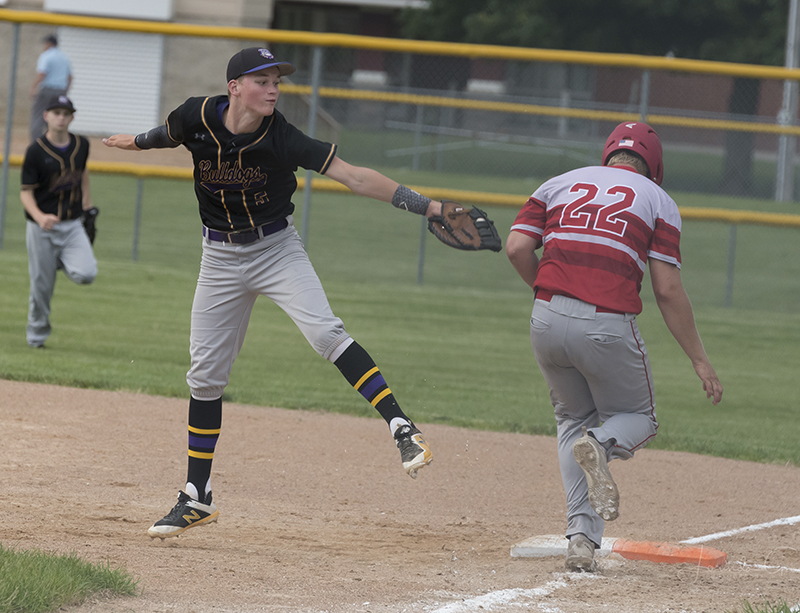 The game would go tied into the sixth inning at 1-1, where Forest City took advantage of a hit by pitch by following it up with two singles that scored and advanced the run. Lake Mills threatened to tie the game in the seventh inning by loading the bases with zero outs, however, two plays at home plate and a popout ended the game with none of the runs coming across.

The Bulldogs fell to the Indians 2-1.

Lake Mills followed up the loss by dominating Garner-Hayfield-Ventura.

By the end of the third inning the Bulldogs already led the Cardinals 9-0. The Bulldogs never let off the gas, as they cruised to a nine-run win.

Boehmer was three for three at the plate, with two of those hits being home runs. He hit in five runs and scored two runs himself. Junior Mason Fritz recorded two hits, hitting in one and scoring three. Brady Hanson, Rice, juniors Logan Prescott and Colby Groe, and sophomore Carson Eaton also recorded one hit each.

The Bulldogs now sit at 16-8 on the season and play again Wednesday night on the road against the Saints of St. Ansgar. This year’s previous meeting of the teams saw the Saints come out on top 3-2.