Memorial services for Burton O. Halvorson of Albert Lea will be at 11 a.m. Saturday at United Methodist Church in Albert Lea. The Rev. John Mitchem will officiate. Visitation will be from 5 to 7 p.m. Friday at Bonnerup Funeral Service and one hour prior to the service at the church. Interment will be in Hillcrest Cemetery Albert Lea. 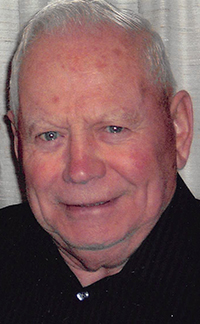 Burton was born Aug. 28, 1930, in New Richland, the son of Olaf and Leona (Heckes) Halvorson. He graduated from New Richland High School in 1948. He served his country in the U.S. Navy. On Feb. 9, 1957 he was united in marriage to Joyce Jensen in Clarks Grove.

Burt began working at the young age of 13 as a farmhand and had been employed for 35 years as a truck driver for the Wilson & Co./Farmstead and then for Piepho Freight Service for eight years before retiring in 1992. Burt and his wife, Joyce, of 62 years were very active in their church. Burt mowed the lawn and worked at funerals along with volunteering with office needs. He faithfully delivered for Meals on the Go for almost 25 years, only stopping at the age of 88 for health reasons. Burt was known for keeping a meticulously groomed lawn. He loved putting puzzles together, listening to waltzes and old time polka music along with watching old westerns. One of his proudest accomplishments was hand-digging the basement of their home. He hoped his grandchildren would remember him for being honest and hardworking.

Memorials are preferred in lieu of flowers to Mayo Clinic Health System Hospice, United Methodist Church or to the donor’s choice.